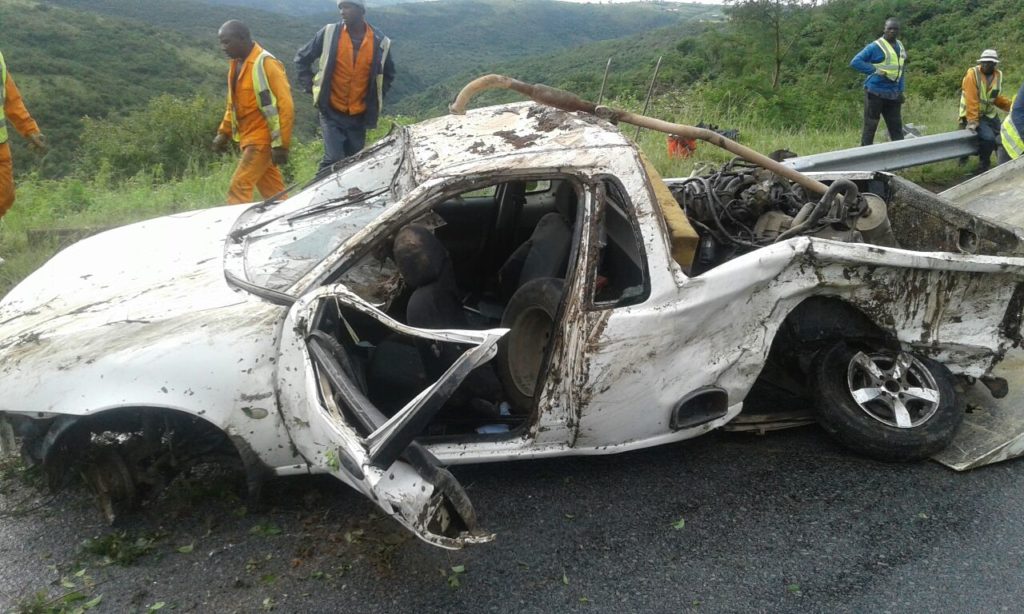 Two occupants of this bakkie died in an accident on the Kei Cuttings Friday 16 March around 4.45pm. Police have asked for any family whose male relative may have been travellling in this bakkie to contact the Kei Bridge Police. Photo supplied

The South African Police Service has asked anyone who thinks their male relative may have been travelling in a bakkie that crashed on the Kei Cuttings late yesterday afternoon to contact the Kei Bridge Police.

Police spokesperson Captain Mali Govender said the accident between Kei Bridge and Butterworth left two men fatally injured. One of the men has not yet been identified. The other deceased, who is 21, has been identified and his name is being withheld until his next of kin have been told.

Both were travelling in a bakkie. A third male occupant from the bakkie was seriously injured and rushed to Butterworth hospital.

The driver of another vehicle involved in the incident was slightly injured and was also taken to Butterworth hospital for treatment.

The accident took place yesterday, Friday 16 March 2018, at about 4.45pm along the N2 between Kei Bridge and Butterworth. Govender said the cause of the accident was under investigation by the Kei Bridge Police and a case of culpable homicide had been opened for further investigation.

Govender said if a family thought their male relative might have been travelling in the bakkie, they should contact Kei Bridge Police at 043 831 2030.