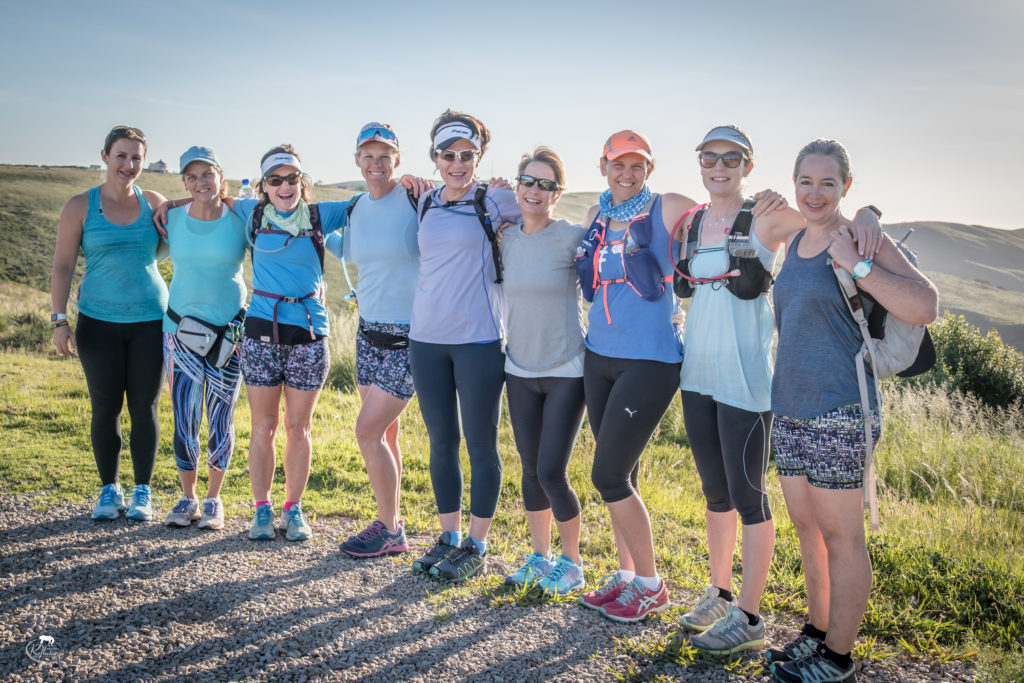 The Sole Sisters group of runners join together on the outskirts of Grahamstown during one of their journeys. Photo: Supplied

The Sole Sisters comprises a group of 11 women who formed a running club that focuses on empowering women and children through running and the support of charity donations. With their first “journey” being the success it was in 2017, the Sole Sisters look to continue their positive journey in 2018, with a 107km run of the Baviaans River Conservancy (Eastern Cape) between Blanco and Bedford over three days in late April.

This run will be in support of donations to Lukhanyiso, a village that set to be built in Grahamstown whose goal is to “to rescue a child, restore a life, raise a leader and release a star”. Lara Kruiskamp, who joined the Sole Sisters this year and who is one of the main forces behind Lukhanyiso Village, has already raised a significant amount of money for the project through her 7×7 marathon journey, which saw her run a marathon on each continent over seven months.

The founders of the Sole Sisters, Lisa Micklewright, Judy Paul and Megan Hobson, have said of the group, “perhaps it was that exact feeling of needing to escape the mundane that led to [us]wondering if we could start something; something special, that mattered, that would make a difference”.

Visit their website at http://solesisters.co.za/ if you want to find out more or donate to this great cause of Sole Sisters.