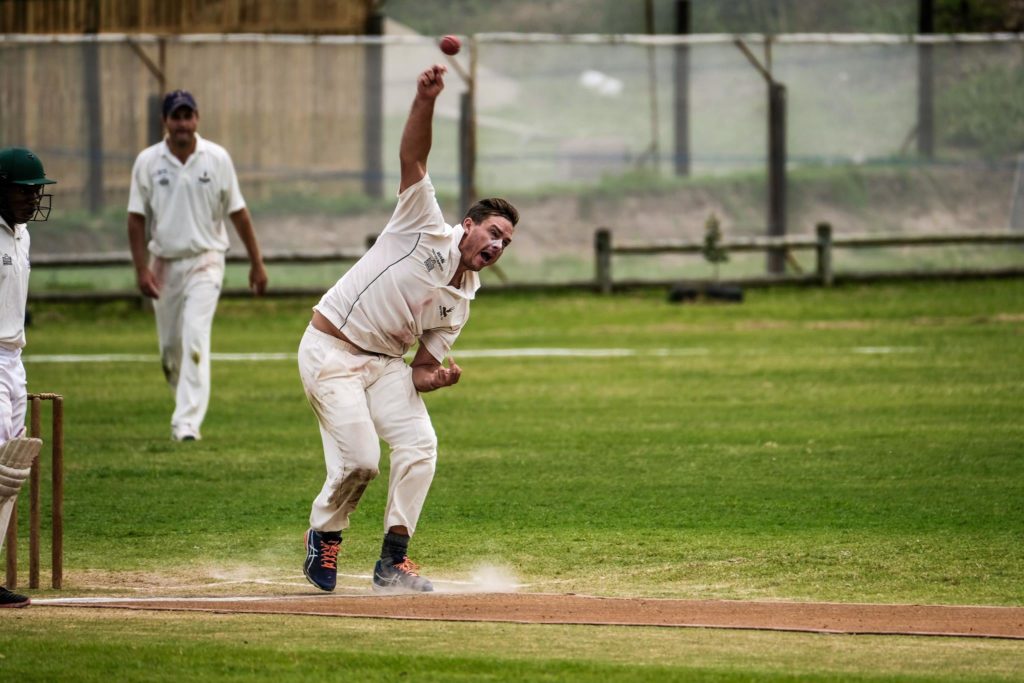 Jeff Rodgerson from Southwell bowls a superb ball for his side during the Pineapple Tournament in Port Alfred. Photo: Supplied
The 114th Annual Kenrich Motors Pineapple Cricket Tournament came to an epic close on Saturday, with Salem 1st and Cuylerville 2nds crowned as section winners. Salem 1st came out tops in the 1st Section, while Cuylerville 2nds won the 2nd Section. Station Hill won the Plate Section.
The tournament took place in Port Alfred over the past week, including the the final between Salem and Southwell at the Port Alfred Country Club.
Final – Salem vs Southwell (A-Section; 1sts)

At the Country Club in Port Alfred on Saturday, Salem pulled out a surprise with a brave all round performance to snatch victory away from the star-studded Southwell side by one wicket in an extremely tight contest and undoubtedly one of the closest finals in the tournament’s history.

Southwell batted first, doing well to score 207/7 in their allotted 50 overs, on a slow pitch. In-form captain, James Stirk, once again starred with the bat and was top scorer with a flamboyant 92. Dylan Kruger also came to the party with a fine 53.  Leard King bowled with excellent pace and accuracy and was the destroyer-in-chief for Salem with impressive bowling figures of 6/36 (10).

Salem lost a few wickets early on and found themselves on the back foot. But it was once again the bat of Nicholas Zimmerman, who is in sublime form this season, rescued his side and took them over the ropes. He made a classy and clinical unbeaten 116* runs. Ivan Marais (25) and JC Pittaway (22), also contributed with the bat. Adrian Reed 3/15, Jeff Rodgerson 2/10 and Kevin Bennett 2/23, took wickets for Southwell. Salem eventually reached the target with 9 wickets down, winning by one wicket.

Cuylerville came out firing in the field and bowled out Port Alfred for 146 runs, 37 runs short of the total. Morne Van Wyk was the stand out bowler for Cuylerville with impressive bowling figures of 3/23 (10), while excellent support came from veteran spinner Warren Tarr 2/36 (10) and youngster Beideveldt 2/27 (5.1). Cuylerville won by 37 runs.

Their were also a Tournament Team XI selected at the Tournament that will play the Ngubela XI in September.