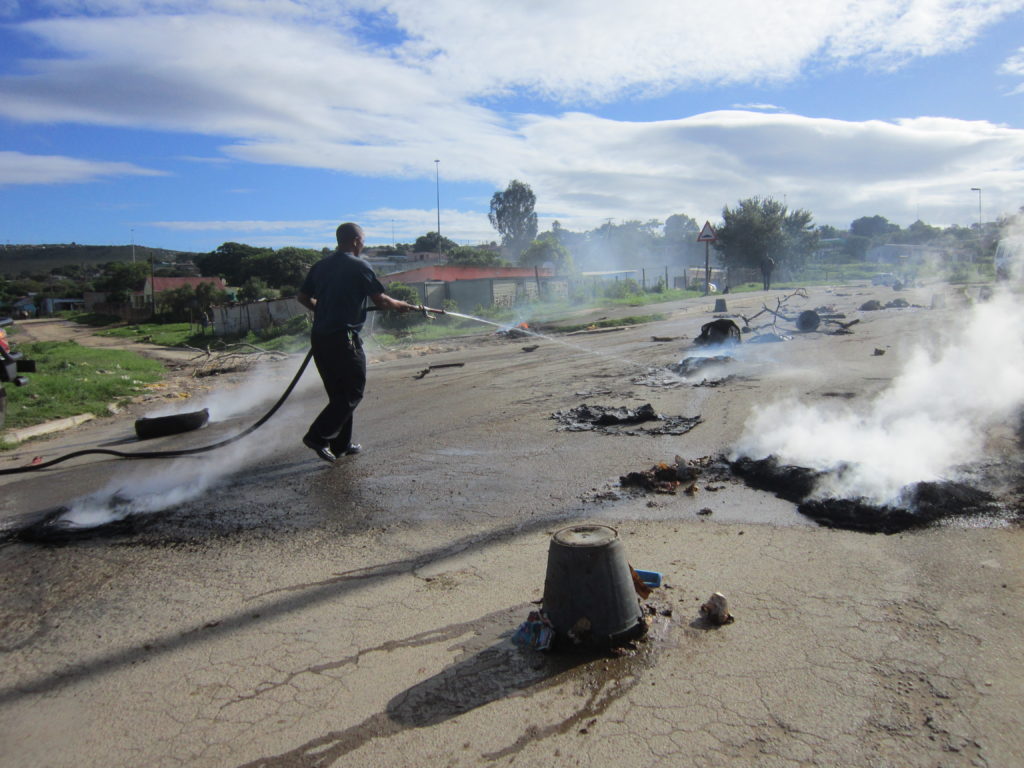 Fire Brigade worker stopping burnig tyres in the middle of the road between "L" Street and "M" Street.

Angry Grahamstown residents blocked roads with burning tyres today and emptied buckets of raw sewage on to the streets in a service-delivery protest.

During the morning rush hour, burning tyres and sewage made the main taxi route through Fingo VIllage from M Street through N, J and I streets impassable.

The residents began their protest at 6am today. One of the protesters, Nothandekile Mahlahla, said, “We are waiting for the ward councillor to come back with a report-back.”

The councillor for Ward 10 is Luyanda Sakata.

They said they would wait for his return and if nothing happened, they would continue their protest. One protester urged the others to go and eat so they would be able to refill the buckets.

The councillor was due to report back to the community at 11am.