Land matter ‘to be handled appropriately’ 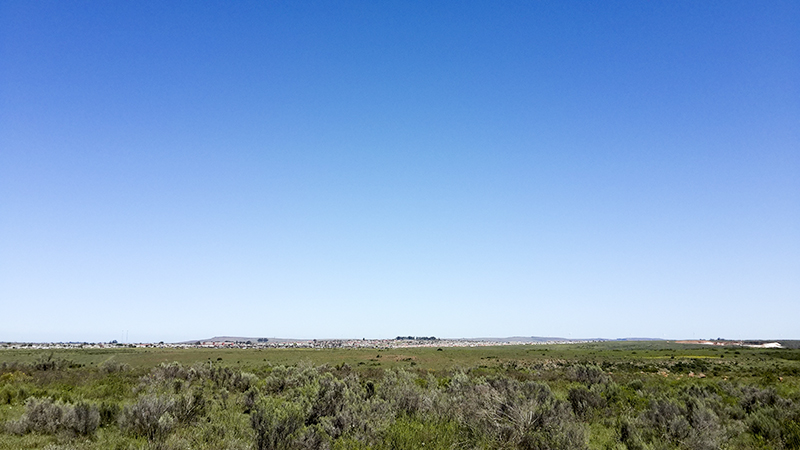 A view of Grahamstown from the eastern commonage taken 2015. Photo: Sue Maclennan

Rural Development and Land Reform Minister Maite Nkoana-Mashabane this week urged South Africans, investors and the international community to exercise patience and trust the capabilities of Parliament to handle the matter of expropriation of land without compensation.

“The department is constitutionally enjoined to change the skewed land-ownership patterns while maintaining economic growth, food security, increased agricultural productions which are priorities for the Government and this Department,” the Department said in a statement on Tuesday.

Nkoana-Mashabane said she had noted the media discussions and speculation concerning the recent motion passed by Parliament to allow for the expropriation of land without compensation pursuant to the resolution of the ruling party.

The resolution established a Constitutional Review Committee to consider all aspects of expropriation without compensation, including the legal and economic aspects thereof.

“The resolution of Parliament thus sets forth a process and the Constitutional Review Committee must report back to Parliament by 30 August 2018,” the Department said.

Nkoana-Mashabane reiterated the assurance by President Cyril Ramaphosa during the 2018 State of the Nation Address that the expropriation of land without compensation would be done in a manner that ensured food security, increased agricultural production and improved economic growth.

“The Land Audit report on private land ownership by race, gender and nationality, released by the Department earlier this year, reveals that black South African’s own only 4% of the land in this country. This is a direct result of the historical injustices that resulted in skewed land ownership patterns along racial lines; hence this matter cannot be left unresolved,” the Department said.

The department meanwhile would strive to accelerate land reform within the current policies and legislation while the Parliamentary processes are being finalised.

The Department had over the Medium Term Expenditure Framework been allocated by the National Treasury a sum of R10.8 billion to accelerate settlement of the 2581 restitution claims and R4.2 billion to acquire 291 000 hectares of strategically located land.

“We shall, in this regard, continue to follow political undertakings and make necessary input into parliamentary processes to address land dispossession, rural development and food security. The time is now,” the department said. – SAnews.gov.za

Previous ArticleWhen religion goes wrong
Next Article Reality: now showing on a headset near you