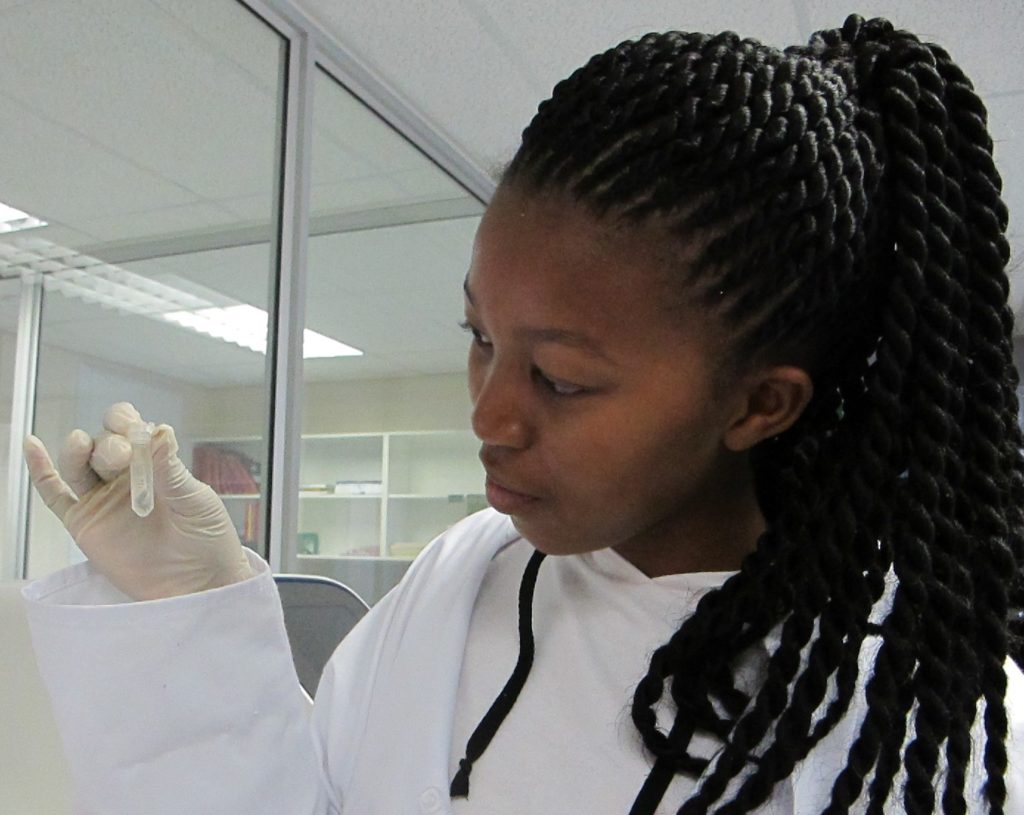 Zukhanye Marikeni, a chemical engineering and accounting fanatic, holds a tissue sample of a fish. This sample is placed in the Nanodrop to identify the DNA of fish. Photo: Matabello Motantsi

The South African Institute for Aquatic Biodiversity (SAIAB) held an apprenticeship on the extraction of fish DNA on Thursday. Molecular lab manager, Taryn Bodill, led the procedure with the help of apprentice Zukhanye Marikeni of York High School in George, Western Cape.

The apprenticeship demonstrated the extraction of DNA from fish tissue using a machine called a Nanodrop to measure nucleic acid concentrations in sample volumes as well as the quality of the DNA. Light passes through the extracted sample and a wavelength is recorded at 260nm (nanometres). This is because one of the chemical properties of DNA is that it absorbs more light at a wavelength of 260nm. The recorded information is then depicted graphically on a computer monitor.

The scientists at SAIAB research the DNA of fish, frogs and crustaceans. The results are uploaded on the Gen Bank catalogue, a genetic sequence database to help collect and compare nucleotides of different aquatic species globally. The database is used for conservation and to forecast migration patterns.