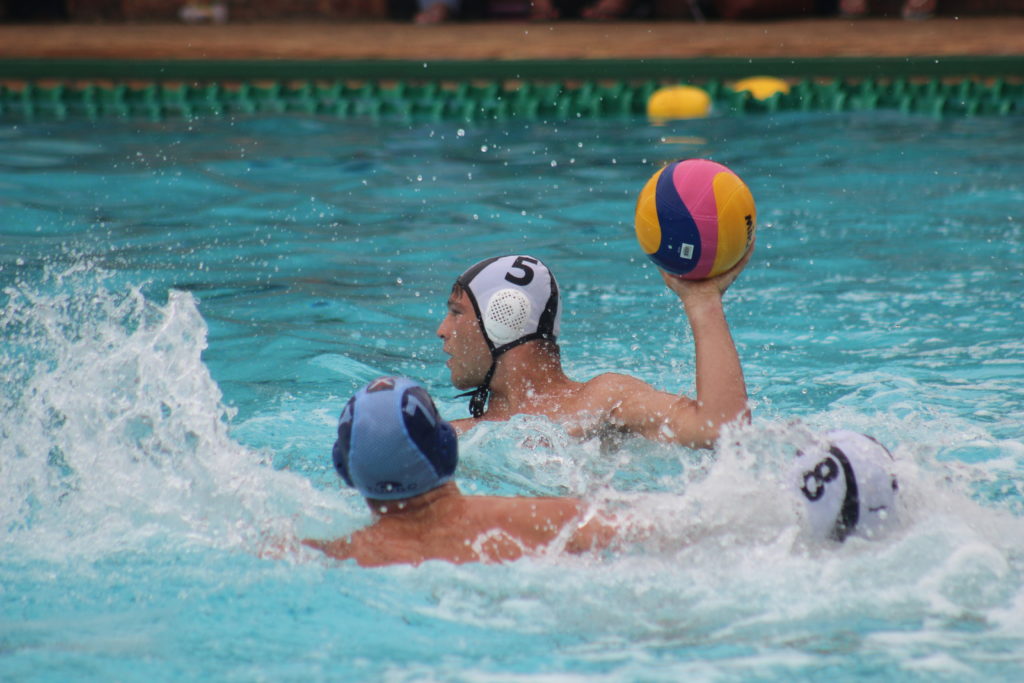 The loud cheers of the St. Andrews College supporters could be heard throughout the neighborhood from 23-25 February as the school hosted their annual Shield Water Polo tournament. Eight talented boys’ schools from across South Africa travelled to Grahamstown to compete for ‘ultimate bragging rights’.

Despite the gloomy weather, the tournament started off with grueling matches between the eight schools. Grey College, SAC and Pearson dominated the first day, winning all their games. Bishops, Selborne, and Kingswood competed fiercely to qualify for the next round. In the last game of the day, Sterling won 9-8 leaving Michaelhouse in last position.

Day two held many nail-biting matches as the remaining six schools battled for a spot in the quarter-finals. The home team felt no lack of support, with the massive pack of SAC boys cheering them on beside the pool. When asked about the team, the SAC principal, Allan Thompson, displayed his pride for the young team, and said; “they’re a very young team and they are surprising a lot of people … as a unit they have a good couple of years ahead for themselves.”  In an intense round of matches, SAC, Selborne, Grey and Pearson battled their way into the semi-finals, with Bishops succeeding over Kingswood 10-4 in the 5/6 place playoff.

The semi-finals were filled with an incredible team effort by the four remaining teams. SAC had a re-match against Selborne and with their impressive defense, SAC earned their spot in the final after a hard-fought 8-3 win. The crowd was anxious to see who the SAC final competitor would be as Grey and Pearson fought for a position in the final round. After an impressive display of determination, Grey emerged triumphant with a 7-4 win.

Despite fatigue SAC and Grey played their hearts out and showed remarkable displays of effort in the final. By the end Grey had won the title of champions after a 7-5 win against SAC.

All-in-all it was a successful weekend filled with thrilling play and lots of talent on show. The Shield tournament should continue to build skill and camaraderie among the youth of South Africa.