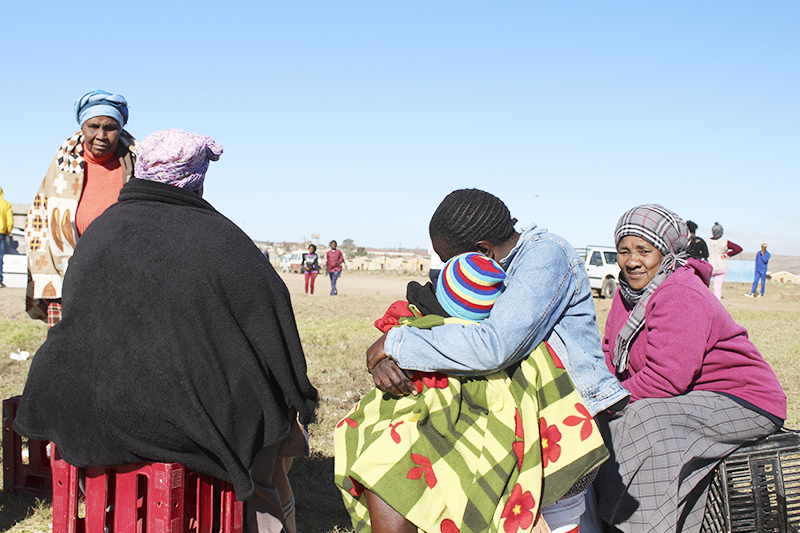 The real knock-on effects may take time to emerge as VAT increases have multiple touchpoints into the real consumption of poor households that will not be supported by meagre grant increases and zero VAT rated consumables. File photo: Sue Maclennan (June 2017, Mayfield Grahamstown)

South Africa’s Ministry of Finance appears to be taking a hard line against the woeful position ex-President Jacob Zuma’s government left it in over the past years. Low economic growth of 1% in 2017 and a projected 1.5% in 2018 coupled with a continued strain on government debt (standing at 53.3% of GDP as of March 2018), reflect a worrying budget deficit of R204 billion for the tax year in 2018.

In previous years, additional revenue was sought through increased taxation on higher income earners, but this has left the National Treasury without any place to turn for the additional revenue needed to fund the expanded monetary requirements of a budget at risk of another ratings downgrade in 2018 should the projected growth and savings initiatives not be achieved .

The most contentious change in the 2018 budget announced by Finance Minister Malusi Gigaba in Parliament on Wednesday 21 February: an increase in the VAT rate from 14% to 15% effective 1 April, raising an extra R22.9 billion.This increase raises VAT’s overall contribution to total revenue to 25.9% from the 24.7% of 2017. Personal income tax however, remains the largest source of revenue for the Government at 37.6%.

A historic change and perhaps a signifier of the tough reality facing South Africa, this will be the first increase to VAT in the country since its introduction in 1993.

During his budget speech,Minister Gigaba said the VAT rate of 15% “is low compared to some of our peers. We therefore decided that increasing VAT was unavoidable if we are to maintain the integrity of our public finances.”

The VAT increase is an indicator of just how stretched the country’s ability to raise additional revenue has become. The change something  which Treasury refuted in October as not being a possibility due to its impact on the poor, has in a short period of time come about.

VAT increases have been concerning as they have a tendency to decrease retail spending in an economy.

Why then is an increase in the VAT rate so topical? VAT is a broad tool that impacts consumers and producers alike, its knock-on effects are felt through our consumption of goods and services, of which households should factor these increases into their budgets. The magnitude of the VAT increase on prices across the economy  is harder to judge as the effect on households in differing income brackets will change based on consumption patterns. Generally, poorer household will feel the burden of VAT increases the least as the government has ensured various staples are VAT-exempt, and as such the wealthiest 30% of households will be contributing 85% of the VAT burden according to the National Treasury.

However, the impact of VAT increases have been concerning as they have a tendency to decrease retail spending in an economy; to South Africa, a market which relies heavily on consumer spending to drive economic growth, the concern then remains that much needed stimulus to household budgets is yet to happen in the near-term.

Rashad Cassim, Head of the Economic Research and Statistics Department at The South African Reserve Bank spoke about the potential negative impact to inflation targeting that a VAT increase in addition to another fuel levy hike of a combined 52 cents per litre might have on prices in the short to medium term.

“An increase in VAT will add near term inflation pressures as it acts like a price increase,” he said. “However,  from a Monetary Policy point of view,  we will not react to a VAT increase just by itself.  We know that a one off increase of VAT of 1% will affect inflation for the first 12 months in the CPI price index, but will flush out of the index. The actual impact of the  VAT increase  on overall inflation is likely to be small,  partly because it is a small increase and partly because some significant items are VAT exempt.  Rough estimates could be anywhere from 0.5 to about 07.%,bearing in mind that this will be in the CPI only for a year.” National Treasury estimates have inflation flat at 5.3% for 2018 with a slight increase to 5.4% in 2019.

The National Treasury is aware of the effect this change will have on the poor, and it has attempted to lessen the impact on vulnerable households through an above inflation increase to social grants of 7.9%. The real knock-on effects may take time to emerge as VAT increases have multiple touch-points into the real consumption of poor households that will not be supported by meagre grant increases and zero VAT rated consumables. South Africa is likely to see an engaged opposition response from labour unions as there are very real impacts of a VAT increase on the poor in South Africa.

Minister Gigaba may need to extend more than an olive branch to the critics and unions  calling for his head.

The NEHAWU Secretariat’s response to the VAT increase speaks to this sentiment within unions currently.   “NEHAWU, rejects these tax measures because they are a frontal attack to workers and the poor and are an attempt to shift the burden of adjustment to the already poverty-stricken workers and their families.”

COSATU echo this stance too. “COSATU might be sympathetic with government on the need to stabilise and fix its budget crisis but we are deeply disappointed that it is doing this upon the backs of the struggling working and middle classes.

Government’s response to its budget problems is to take money from workers through VAT and below inflation income tax bracket hikes. This will hurt workers and their families by taking money from their pockets and making basic food and other living expenses more expensive.”

Overall, the budget of 2018 looks to address the most pressing issues of maintaining tight fiscal control of expenditure while looking to raise additional funds to support NSFAS and the promise of “free education”. However, the measures put in place look often ill-advised and go against the prior recommendations of the Davies Tax commission. Minister Gigaba may need to extend more than an olive branch to the critics and unions  calling for his head.

In the meantime, South Africans can expect a year of continued austerity, high unemployment and a growth rate still too low to rectify the pressing plight of the poor.