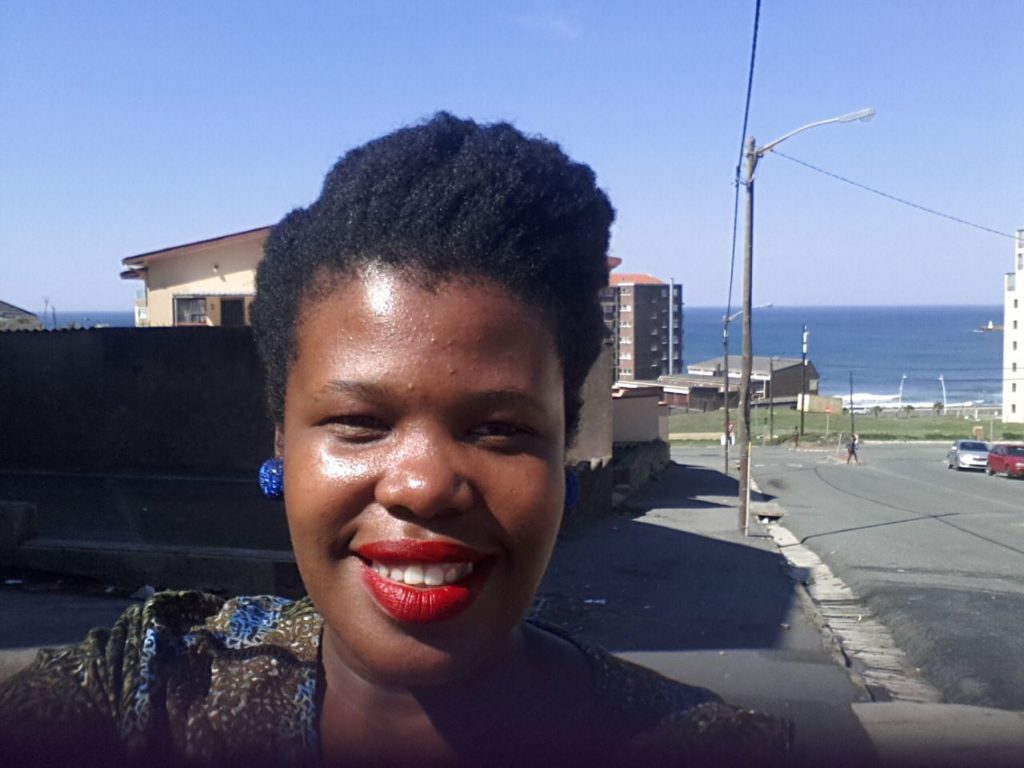 Gareth is white and, as he puts it, “was born into privilege” in Johannesburg, South Africa, at a time when the system of apartheid was still constitutional. He recognizes the disparities in Grahamstown and wants to do something about it. He is a fascinatingly intelligent man who likes to share his deep-seated political views.

Gareth is the type of person who can speak very knowledgably about “black consciousness” and “responsible whiteness” and then move on to speak equally as intelligently about directing music for television or mechanical engineering — and, it seems, most any other subject. “My political views were shaped mainly because of my family’s abhorrence of apartheid,” he said.

The AMP caters to musical kids ages 14 to 18. Our group was given a tour of the program and was able to meet some of the students. The kids were being taught to play a variety of instruments, including cello, violin, marimba, saxophone, bass and piano. They all seemed a little shy but were very attentive as I spoke with them. “We teach the kids what it takes to become the best at what they are involved in,” Gareth said. “This is not a program to harness kids just to keep them off the streets, although they seem to be less involved in those activities when they are in the AMP. If they are in this program, they will be expected to work hard. There is homework involved and a lot of practice.”

Gareth believes the work ethic AMP demands will stay with the students regardless of what path they should choose. “So, even if they don’t grow up to be musicians, they will have learned what it takes to participate in whatever part of the ‘creative economy’ they choose,” he said. Gareth believes that this is the way they are going to be able to compete and command opportunity.

“Everyone has the right to access,” Shiloh said. “The schools don’t have music programs in them so creatively talented individuals don’t have a way to explore their instincts.” Through donations from the government, private corporations and individuals, the AMP provides the space, training, instruments and other equipment necessary for the kids to develop their talents.

Gareth went on. “I don’t do this out of a sense of guilt or obligation, but I do feel that we’ve inherited advantage and continue to perpetuate unfairness. At what point is wealth enough?” he asked. “I do this out of a sense of investment in their musical futures. It’s an economic concept. I want the students to have forward perspective and leave the project having learned to be self-sufficient.”

Shiloh immediately tapped in again by saying: “There is an inequality in the schools, and we want to give our students a fair chance. There is a value placed upon students reaching an elevated level in their studies, and we want to see that growth. We are both teachers, and I personally get a fulfillment out of seeing students grow into accomplished adults.”

The AMP is like Dr. Dick Ford’s program here in Syracuse called Signature Music. Dick recognized the need for poor kids in our city to receive personal attention in their musical education, so he created the program to address it. Through Signature, he was able to provide them with instruments and inexpensive private lessons. He also gave them opportunities to do limited live paid performances and helped them with preparations for college auditions.

“Education is the key,” Dick said. He believes that a career as a music educator is a fine choice. His program has worked to develop a handful of much-needed music educators, which has moved the needle some. But to date, if at all, it has worked only slightly to move the needle on the number of paid performance opportunities granted to people of color here. But we all know it takes time for a tree to yield good fruit, so time will tell.

I could see that just like Dick in Syracuse, Gareth and Shiloh were trying to fertilize the ground so opportunities would grow for these same artists in the Grahamstown area. They saw a need to level the playing field and stepped up to do something about it.

I thought their efforts were noble, but I also needed to hear something from the artists of color themselves, so I asked Gareth and Shiloh if they could share a few names with me. They gave me the phone numbers of a few, including Nombasa and Francois.

Nombasa Makoqo was very professional in her approach to me and seemed to be confident in her own skin. She’s a very talented 29-year-old Xhosa woman and an aspiring singer-songwriter. She’s also a Grahamstown native who is currently attending Rhodes University working on a bachelor of music degree. She had begun her college career at a traditional age but has just recently returned after having left early to pursue musical opportunities on her own. Like Dick Ford, she said, “I understand that education is the key.”

When I spoke to her about live performance opportunities in the area, she said that the opportunities to perform live were slim. Francois agreed. “Grahamstown is small,” she said. “And most of the instrumentalists are students who hardly play live. Our music department at the ‘varisity’ is also small and mostly composed of classical music students.”

She spoke about a New Year’s Eve party that had been planned. “That would have been a place to see live music, but it was canceled by the cops” before it ever happened.

Many of the best musicians in Grahamstown, such as her former bassist and pianist, leave to go to bigger cities like Cape Town and Johannesburg for opportunities, she said. Nombasa hopes to go to East London next year to gather a band to record her original music.

This is part two of a three-part story series.

This content was originally published by The Stand (online), 1 February 2018.