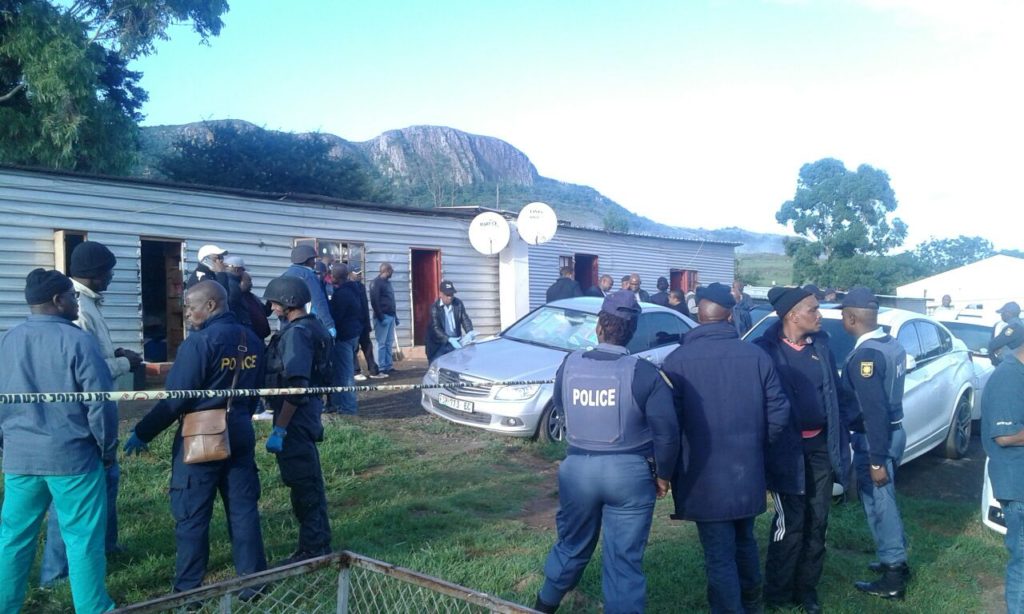 The church near eNgcobo where a shootout took place last weekend, leaving seven alleged gang members dead. The and others with them are alleged to have killed five policeman and a civilian at eNgcobo Police Station earlier last week. Photo supplied

Seven suspects were shot and killed in a shootout with police early this morning after a major breakthrough by the multi disciplinary team tasked to investigate the murders of the five police officers and a civilian from eNgcobo made a major breakthrough, spokesperson for the Hawks Brigadier Hangwani Mulaudzi said in a statement this morning.

More than 10 other suspects were arrested while others managed to escape.  One police officer was wounded and is recuperating in hospital, Mulaudzi said.

Armed robbers killed five police officers and a member of the public and took 10 firearms and a police van at eNgcobo police Station between Queenstown and Mthatha early Wednesday morning. The task team comprising the Hawks,  Detectives, Crime Intelligence, the Task Force, National Intervention Unit and the Tactical Response Team had followed information on Friday evening of a possible gang responsible for the attack, Hlaudzi said.

“The group which uses a church as a hiding place was cornered inside the church premises. A gun battle between suspects and police ensued which left seven suspects dead and a task force member injured in the legs,” Hlaudzi said.

An unknown number of suspects had managed to escape and were currently being sought by the police. A number of firearms had been confiscated.  Further details on the incident would be communicated once the crime scene has been processed by the SAPS Forensic Services Unit.