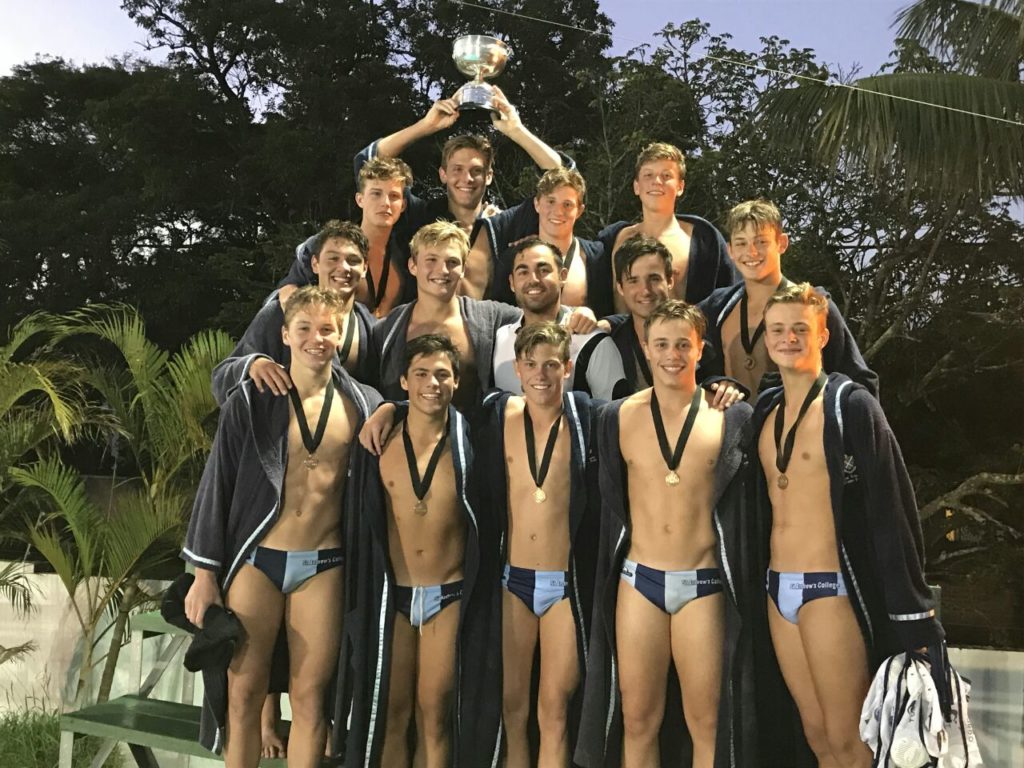 The St Andrew’s 1st water polo team won the Vides water polo tournament for the fifth time in the tournament history. The Vides tournament was hosted by Selborne College in East London from Thursday 15 to Saturday 17 February.

The team headed to Selborne College for the 2018 VIDES water polo tournament with mixed emotions, having had a topsy turvy preseason build up.

They started the tournament with a hard fought win against Stirling High School 10-8. Next up, SAC beat Grey College from Bloemfontein 10-1 and Selborne Collegians 13-3. In the last pool game, SAC came up against a tough Glenwood High School from Durban. The match was very evenly poised throughout, but St Andrew’s couldn’t capitalize on their 25m penalties, missing both of them to lose the game 3-2. This meant the team ended 2nd in the pool and would have to play Northwood for a place in the quarterfinals.

The playoff was a match marred by St Andrews errors but the team pulled together to win 6-4. Next was to be a grudge match against the ever improving Pearson 1st team. The weekend before the St Andrews 1st team lost 8-2 to Pearson, so this was always going to be a tough ask. The SAC boys were focused, strong and composed throughout and turned the tables on Pearson to run out strong 8-1 winners.

Moving into the semi-finals, St Andrews were confident and determined and managed to edge the Paul Roos 1st team 5-4 to earn their place in the final against Grey High School (PE). The final was set on a perfect East London evening. The SAC men did not falter and through the strong leadership of Andrew Ramsden and his team, St Andrews ran away with the game and won the match 8-5.