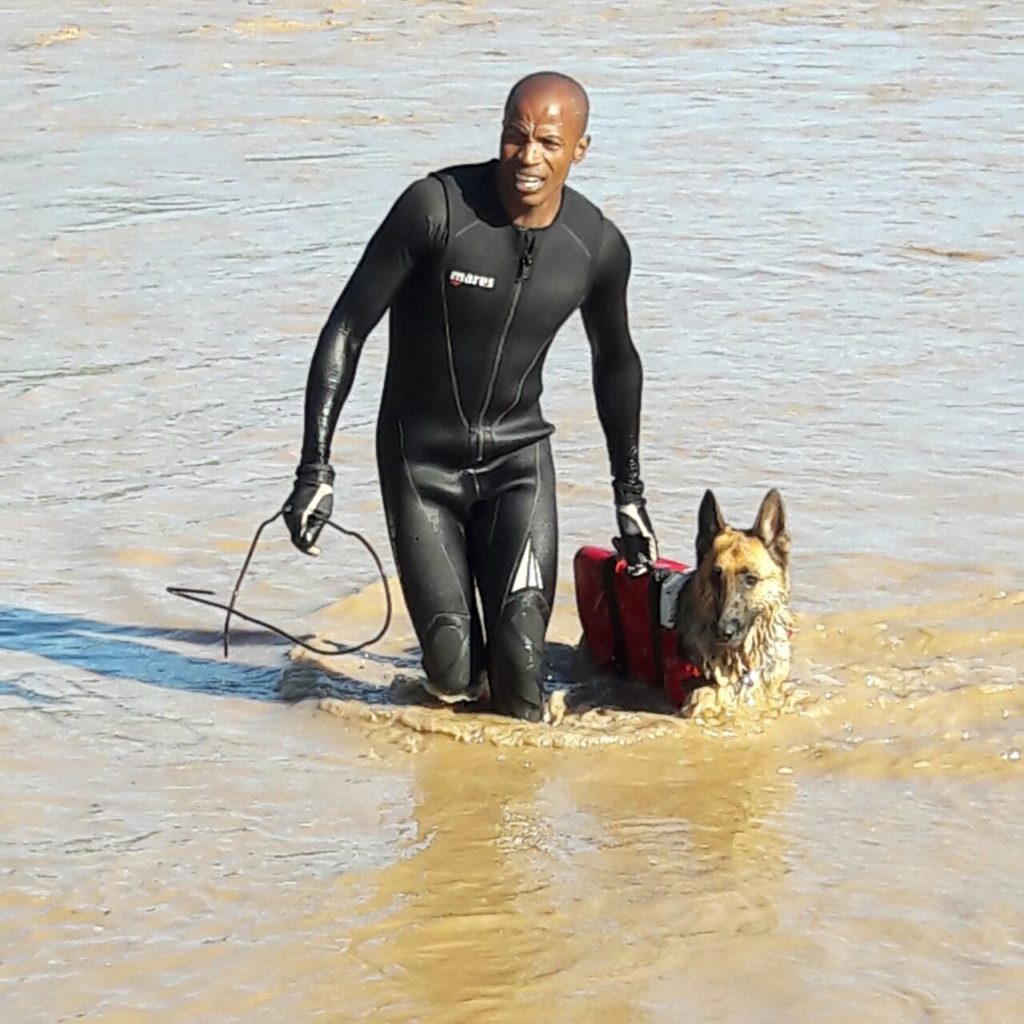 A policeman has pleaded for anyone who sees his Search and Rescue partner, a dog called Olive, not to harm her but to keep her in a safe police and call the police.

Police in Mthatha are looking for information that might assist in retrieving Olive, who went missing at Mahlubini in Sulenkama around 7pm on Sunday 18 February 2018.

In a statement, SAPS Provincial spokesperson Captain Khaya Tonjeni said Olive disappeared after she rescued a 55-year-old man who went missing on Friday 16 February 2018 when he went to fetch wood in a nearby forest. Olive was allegedly chased by other dogs while her handler Constable Songezile Katikati and members of the community were about to reach their vehicle.

“Olive is my best friend and companion. She* is humble and she cannot harm anyone as she is trained in rescuing drowned people, seeking missing people and seeking evidence on other crime scenes,” Katikati had told Tonjeni.

“I plead with anyone who sees her to not harm her but rather keep her and report to the police.”

Olive is a German shepherd, tan in colour with black back and face. She has a black leather collar with a clock around her neck.

“Olive is our member who never disappointed us,” said Mthatha’s acting Cluster Commander Brigadier Nomawethu Makonza. “When we send Constable Katikati and Olive to rescue someone we relax and stay assured that they’ll bring that missing person back to his/her family.

“It is therefore disturbing news to our Cluster and other Clusters to hear that she is missing. Our members have since been out there searching for her.

* Olive is a female dog, contrary to what we earlier mistakenly reported.