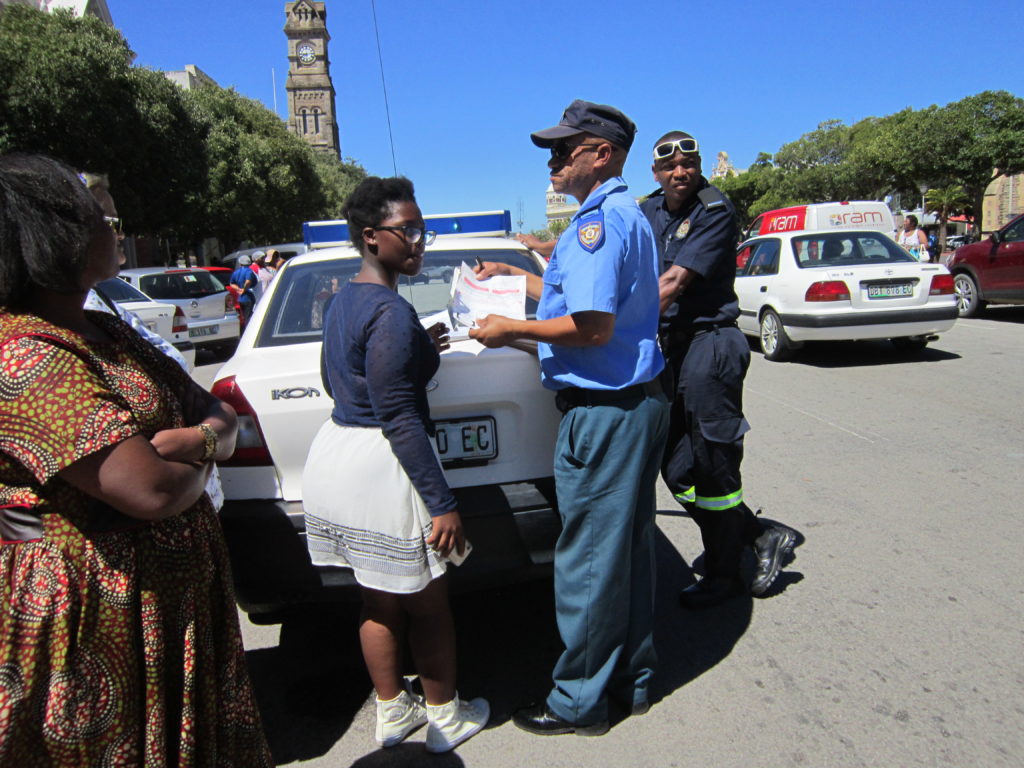 Traffic Officer giving a fine ticket for driving without, someone with valid drivers licence

Two drivers who rammed into each other on 5 February, brought traffic to a standstill when they started shouting at each other.

The accident involved a white Toyota Corolla sedan, which collided with a white Ford Bantam between the Cathedral and the Birch’s clothing store. When traffic police officers arrived on the scene, it was discovered that one of the drivers had only a learner’s and was driving alone, contrary to traffic regulations.

The unfortunate woman will also probably have to repair the other vehicle, whether she was at fault or not. Traffic Officer giving a ticket to one of the drivers who were involved in a collision near Church Square. Photo: Lindani Donyeli.

Previous ArticleBreath your way to wellness
Next Article Your Town, Our Town media exchange