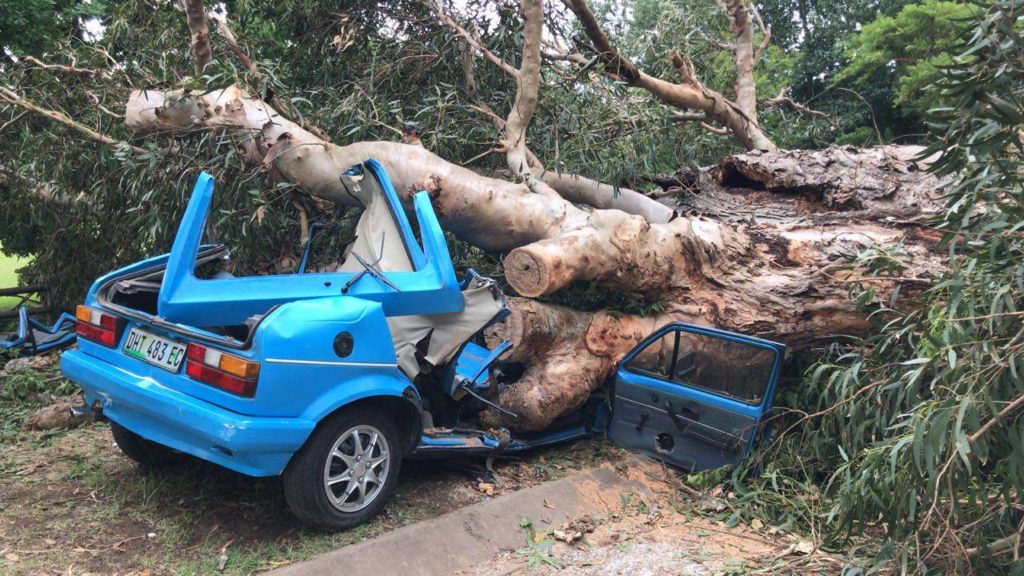 A man was taken to hospital after a tree fell on his vehicle around 1pm last Friday. The incident occurred at the entrance to Prospect Field Rhodes University, Grahamstown, Eastern Cape in strong winds. The man, who was sleeping in the car, appeared to have escaped serious injury according to people at the scene. Photo: Kathryn Cleary