Stolen Bible Monument to be replaced 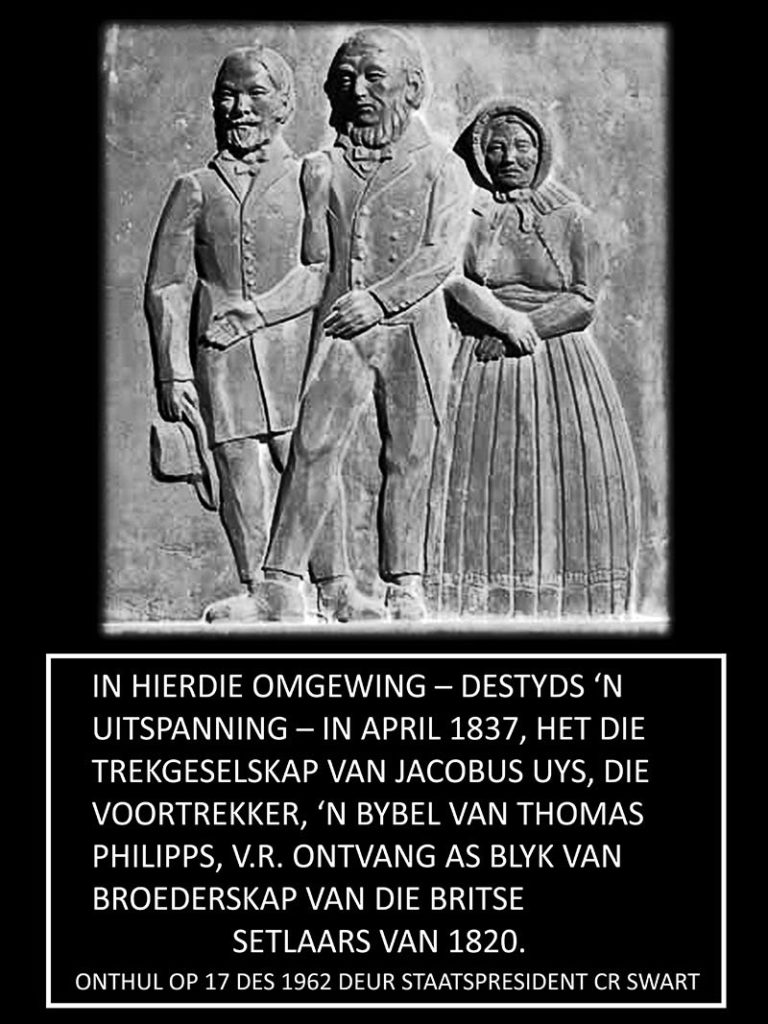 Rapportryers member Strauss de Jager has good news about the vandalised and stolen artwork at the Bible Monument.

“Among the advice I received was that we use granite,” De Jager, who is also the minister of the NG Kerk in Grahamstown, told Grocott’s Mail.

So he contacted Stan Pohlman of Crankshaw Marble and Granite in Queenstown for help.

“He was quite positive that they could help us and can reproduce the content of the old plaques on black (Zimbabwean) granite, using laser technology. The lettering should be easiest, I guess,” said De Jager.

While the figures wouldn’t have the same actual depth as the bronze ones, they would hopefully look like the artist’s representation.

The Rapportryers have decided to go ahead with the replacement and would welcome any constructive suggestions, as well as donations from supporting members or organisations.

“Because the original event and the monument were based on gestures of friendship, we hope that it would be possible to rededicate the monument with replacement panels, as a renewed and contemporary act of friendship between different communities of our city,” De Jager said.

And yes – the spelling mistake on plaque 3 will be corrected (“acompanied” needs another “c”)!