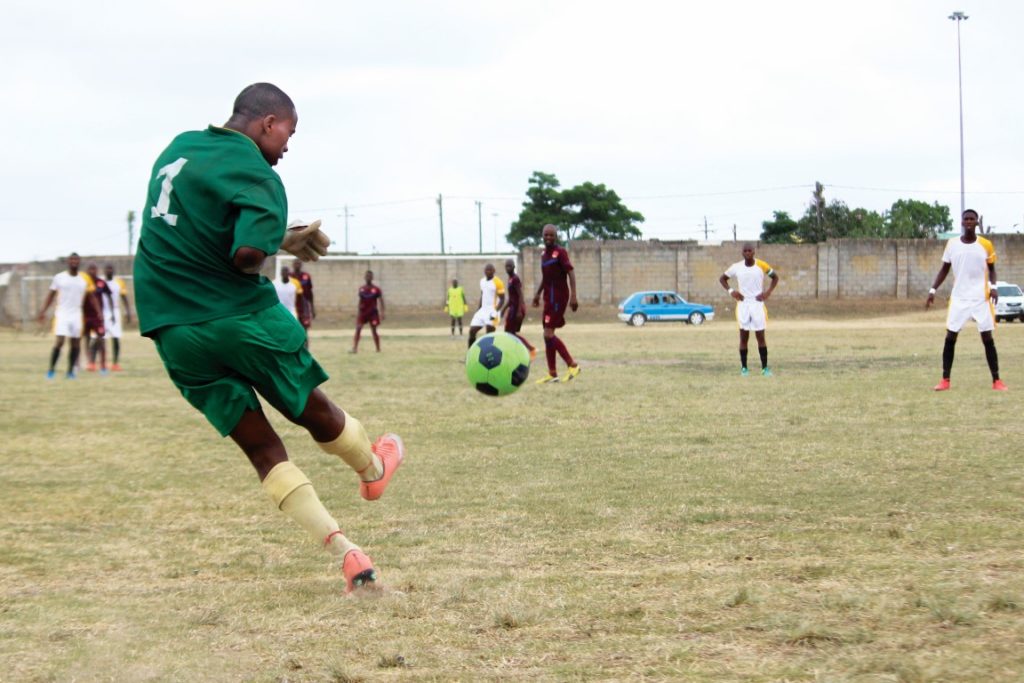 City Pirates vs Young Chiefs, Day 4
By Chris Totobela
The Makana LFA saw some more intense action on Saturday 3 February, when the Sophia Stars locked horns with Love and Peace in a Premier League clash. The game started very slow, with the first 15 minutes of the game seeing little action as both teams did not create much.
The pace started picking up and both teams started to show some urgency in their build ups but still struggled to put up three to four passes together. Although they did not create a lot of scoring chances, they did not make use of the few they had as both teams were very poor in front of goals. The play was then halted for about six minutes when one of the assistant referees decided to quit.
The game resumed soon after a replacement was found. Despite the poor officiating, the teams tried hard to put some life into this game. It was not surprising to see the referee failing to send off a Love and Peace player who recklessly kicked an opponent from behind after being fouled. It was also upsetting to see the referee using his own fingers to caution players instead of cards. Both teams went to the halftime break level at 0-0.
The second half started at high pace and both teams started playing some football by stringing together some good passes, but were still wasteful in front of goals. The game became more tense and there were dangerous tackles flying all over the field.
Love and Peace started putting more pressure on their opponents and it came as no suprise when they took the lead after a good move which was finished by Likhona Dyokwe who out sprinted Sophia’s defence. Love and Peace had numerous clear cut chances to kill the game but failed to make use of them. Stars made some changes and slowly fought their way back into the game. They started a good move from the back putting some neat passes together and Lukhanyo Ntsipha caught Love and Peace’s defence ball watching and scored the equaliser.
Both teams pushed hard in search of a winner and with just less than ten minutes before the final whistle, Love and Peace’s goal keeper made a serious blunder when one of his defenders played a back pass to him and he cleared the ball inside the field with him way too far from his goal posts. Thobela Ntshali easily intercepted the ball and took a beautiful shot from not that far away from the halfway line to score a great goal that was worthy of being of being a match winner.
Love and Peace only had themselves to blame as they had so many chances to win the game. Final score 2-1 to Sophia Stars. In other exciting games on the day, log leaders City Pirates defeated Cameroon 3-1 and Santos beat Young Killers by 3-2.

The LFA continued on Sunday, with the results reading as follows:Joza Callies 2-1 Newseekers