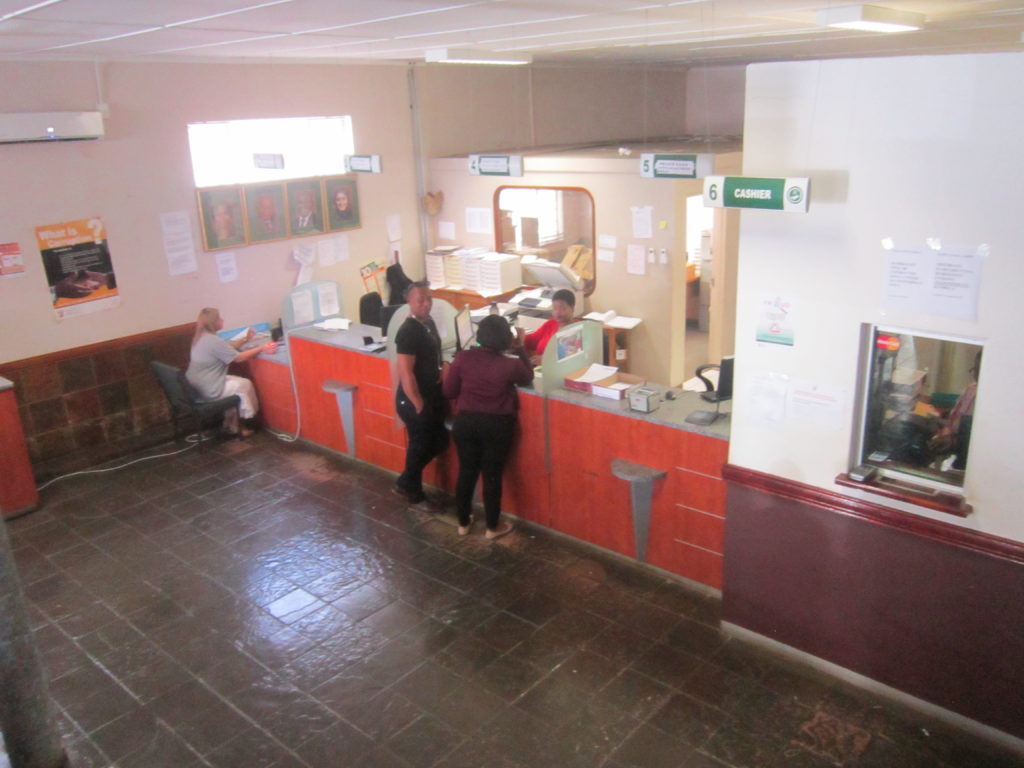 Department of Home Affairs inside.

It seems like the Home Affairs experience is not that bad after all, according to Bridgette Swift.

Swift, a teacher at St Andrew’s Prep told Grocott’s Mail this week that she was treated with respect, promptly and with efficiency when she visited the local HA offices on Bathurst Street. Swift said she visited the local Home Affairs four times in 2017 for her ID and passport renewal as well as applications for ID cards for her children and a passport renewal of her sister’s passport.

“They are very polite and professional. You don’t wait for hours
without getting any help,” Swift said, “The staff is very kind and friendly. When I applied, the documents came
within the time that they stipulated,” said Swift. As one who originally hails from KwaZulu Natal, Swift said that Grahamstown provides far better service, and wished all other government departments could learn from Home Affairs.

Xolile Sibejele local Officer Manager of Home Affairs of the District said his office lost four staff members in 2017 but will be getting two new ones in February.

He said he was grateful to his regional office head for listening to local problems and allowing for local solutions. Sibejele said he was also quite happy with his staff’s performance and teamwork, although he was worried of burnout as they are not taking leave because of being short-staffed.

Sibejele also reminded residents that the cut-off of the transfer from the Green ID Book to the Credit Card type card is this year. Those who address this issue soon will avoid long queues later, he said, before adding that first-time applicants and pensioners get theirs free of charge. .

The local boss also reminded expectant mothers to have their IDs with them in hospital so that the newborn can have a birth certificate as soon as possible. The department has a staff member\ who is sent to Settler’s Hospital assist the parents.