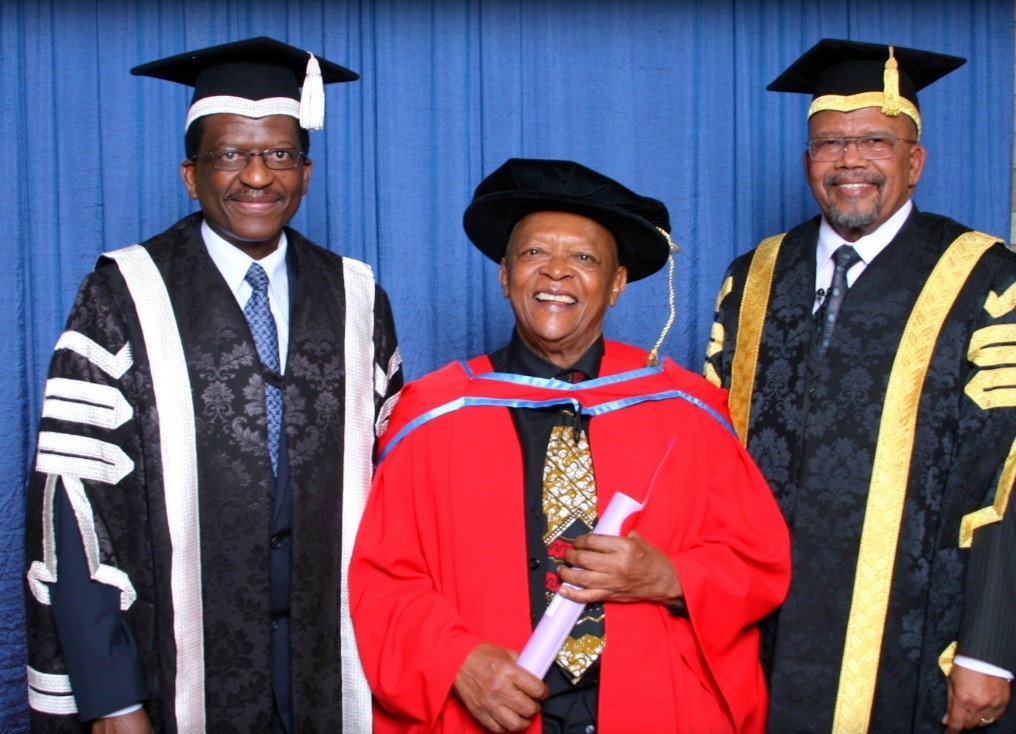 Bra Hugh, as he was affectionately known, was awarded an Honorary Doctorate in Music by Rhodes University in 2015 in recognition of his phenomenal influence on world music and his leadership skills and contribution to different sectors, as a musician and as a social and human rights activist.

“Today we bow our heads in deep reverence and mourning the passing of a great South African. Bra Hugh was an African musician whose footprint transcended all imaginable divides.

“He spoke adamantly against unjust social conditions and constantly used public platforms to guide the youth towards a dignified pursuit of justice, decolonisation and the preservation of the African culture.

“His passing is so deeply felt as it comes so soon after the passing of another cultural colossus of our country, Bra Willy Keorapetse Kgositsile. May his soul rest in peace in the full knowledge that his legacy will live on,” Mabizela said.

Born in Witbank in 1939, Masekela began singing and playing the piano as a child. By age 14, he had mastered the trumpet and was playing in the Huddleston Jazz Band – South Africa’s first youth orchestra.

Although he was exiled at the age of 20 to the United States, through his traditional compositions he was still connected to the African culture through the music. He made music that reflected his experiences in the harsh political climate of South Africa during the 1950s and 1960s.

“I’ve got to where I am in life not because of something I brought to the world but through something I found – the wealth of African culture,” he said in one of his famous quotes.

A world icon who studied at the London Guildhall School of Music, and later the Manhattan School of Music, where he befriended Harry Belafonte, the trumpeter performed with Paul Simon on the famous Graceland tour, along with Ladysmith Black Mambazo in the 1980s.

A Grammy award winner for “Best Contemporary Pop Performance-Instrumental” as far back as 1968, Masekela is still honoured today as one of South Africa’s most prominent and talented musicians who retired only in 2017 owing to ill health.

In a statement released in September 2017, Bra Hugh urged South Africans to take better care of their health.

“I’m in a good space, as I battle this stealthy disease, and I urge all men to have regular tests to check your own condition. Ask questions, demand answers and learn everything you can about this cancer, and tell others to do the same,” he said.

He was honoured at Rhodes University with a Doctorate in Music.

Watch a live performance by Dr Ramapolo Hugh Masekela at the Settlers Monument in Grahamstown during the 2015 Rhodes University Graduation Ceremony. He is accompanied by Lonwabo Mafani on piano.