Both parents liable for school fees–Court 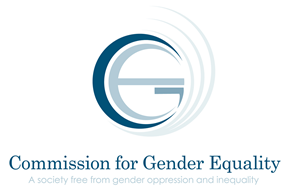 The Commission for Gender Equality (CGE) welcomed the landmark decision by the Supreme Court of Appeal (SCA) that will see relief for thousands of single parents in public schools. This is against of the backdrop of the Western Cape High Court’s judgement that the South African Schools Act hold parents jointly liable for the payment of school fees.

The judgement from the Western Cape High Court was placing the burden on single parents who have separated or divorced from their partners. In cases where these partners did not contribute, it became very difficult for single parents to afford paying the school fees.

In a statement after the judgement, the Commission this was welcome news all around.

“It is critical that this declaratory order by the SCA that confirms that Section 40 (1) of the South African Schools Act 84 of 1996, provides for joint and several liabilities of parents,” the statement reads in part, “fee exemption applications can be processed in terms of the Act and the Regulations to enable single parents separated from their partners or divorced to have their applications assessed in relation to their own personal circumstances not on combined income.”

“The CGE believes this will go a long way to alleviate the plight in particularly of women who are at most at the receiving end of this lack of support from separated or divorced partners. Underpinned by difficulty in accessing maintenance money which could be tedious and overbearing, the Commission believes this judgement will be a welcome relief for single parents if implemented effectively.”

The commission asked the Department of Basic Education, Provincial Departments of Education, District Officials and School Principals to ensure that the court judgement is implemented as soon as possible.

“This judgement will affirm the rights of both male and female single parents in ensuring that they provide for the education of their children without having to seek assistance directly from their separated or divorced partners.”

“If this judgement is effectively implemented,” read the statement,”it will help restore the dignity of many women who are constantly asked about their partners’ whereabout in situations wherein they cannot afford to pay school fees.”

The Commission for Gender Equality Act 39 of 1996 Section (11) 1 gives the Commission powers to monitor and evaluate policies and practices of organs of state at any level, organs of state at any level, statutory bodies or functionaries, public bodies and authorities and private businesses, enterprises and institutions in order to promote gender equality and may make any recommendations that the omission deems necessary.