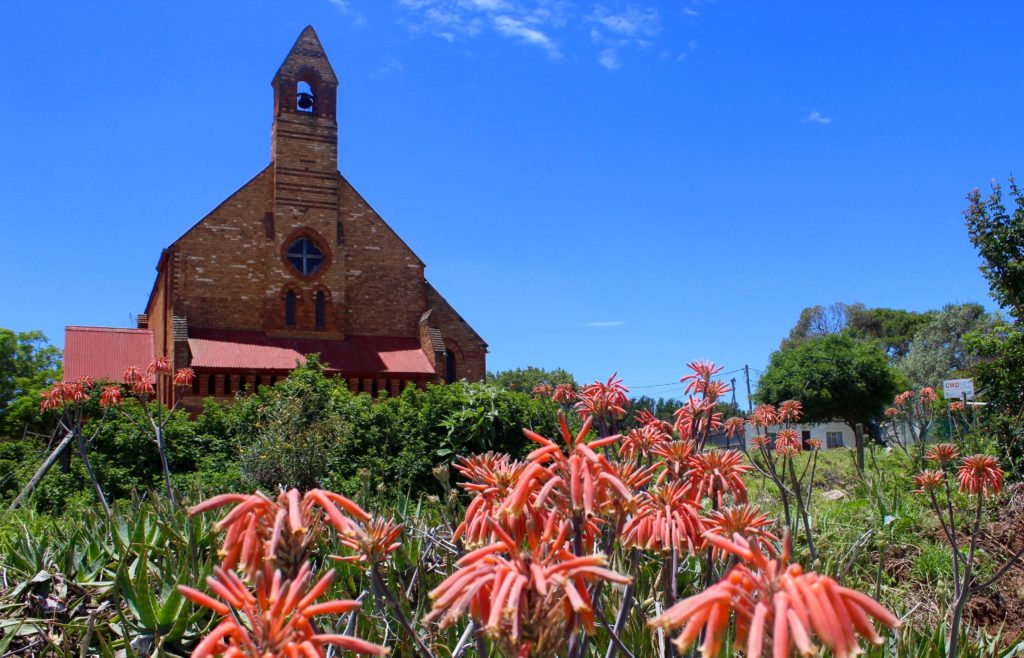 “I always wanted to do something”, emphasised Graeme Holmes as he gazed upon the magnificent church.

St Phillips was built during the 1860s and remains one of the longest standing structures in Grahamstown’s history. The adjacent schoolhouse was not as fortunate, and was reduced to rubble as a result of violence and unrest during the 1980s.

Holmes had only been in Grahamstown for three months, but was immediately struck by the town’s need for some tender loving care. After touring Fingo Village with Makana Tourism, Holmes was in awe over the amount of rubbish that had been dumped by the old church. Members of St Phillips shared Holmes’ sentiment, and wished for a cleaner premises.

As a result, Holmes started The Grahamstown Project, and made it their mission to clean-up St Phillips and the adjacent schoolhouse by Christmas. Within a week of pitching the idea to church members, Holmes was on the ground with gloves and a black bag.

On 20 December, Holmes was joined by Vanessa Bowes, members of the Grahamstown Residents’ Association, Makana Tourism, and Fingo Village community members to begin the clean-up.

“I mean just look at this!”, exclaimed Holmes. St Phillips is located in a beautiful area, and this is where the tourists want to be, he urged. If the community came together to improve the city little by little, just by clearing rubbish, Grahamstown’s tourism industry has the potential to really increase.

After the community clean-up on the 20th, Holmes engaged two of the St Phillips church members to continue the work until Christmas Eve. David Bacela and Sisa Skeeyiye are long-term members of the church, and attended school together in the adjacent schoolhouse. Bacela and Skeeyiye were excited about The Grahamstown Project, and hope that it will lead to more initiatives like a playground or sports field for the children of St Phillips to use.

Amongst all the recent crime and political stories, Grocott’s Mail is happy to bring the community this story of holiday inspiration and hope.

For more information about The Grahamstown Project and how to get involved please visit their Facebook page.