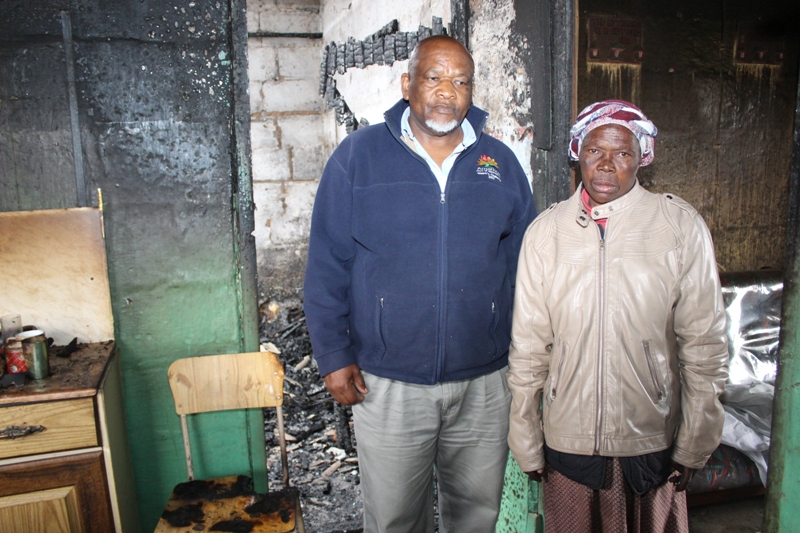 Distraught neighbours were too late to save a young man from being burnt to death in his home last weekend, and powerless to remove his body from flames that scoured the main bedroom where he was sleeping before tearing apart the rest of the house.

“I looked and it was just a fog of smoke,” Jacobs said. It was so thick it was hard to even see where it was coming from but Jacobs soon realised his neighbour’s house was on fire.

“I rushed across to help but the flames inside were already high, so I couldn’t go in,” Jacobs said. So he ran around the house and looked in at the bedroom window. To his horror, he saw his neighbour lying on his bed in the burning room. He was lying still and it was clear that the fire had done its terrible work.

The sequence and timing are not clear, but the fire service was cqlled, and they managed to put out the flames before they spread to the semi-detached house next door.

In the meantime, Jacobs and other neighbours had tried in vain to fill buckets from taps in the area, only to find they were dry. Jacobs and Ward 2 councillor Rami Xonxa who lives nearby have water tanks, and with buckets Jacobs tried in vain to slow the flames.

In hindsight Jacobs thinks the explosion he heard might have been the windows shattering after the heat built up inside the house.

“If you look, you can see that the fire department managed to stop the fire before it spread to other houses,” he said, pointing at the street-facing lounge where the walls were blackened but the roof remained intact.

Xolani “Mcimbi” Ndingana, 22, was popular with his friends and neighbours, and a help and asset to his family. Mcimbi’s aunt, Thandiwe Ndingana, who raised him, is devastated. Mcimbi was staying in her house and while she lived with relatives elsewhere, they remained close.

“He was very diligent,” Thandiwe said. “I had no problems with him.”

She said the funeral would be organised by her elder brother in Phumlani.

Fire and Rescue Services Manager William Welkom said, “On arrival of Brigade Crew at the given address, lots of smoke was noticed but no visible flames. The contents were smouldering with hot spots.”

While the crew was busy extinguishing the fire, they discovered Ndindana’s body in the bedroom, Welkom said.

Police spokesperson Captain Mali Govender said an inquest docket had been opened for investigation. “It is unknown what caused the fire,” Govender said.

.Councillor for Ward 2 Rami Xonxa says the family would appreciate help from anyone who can assist with second-hand material in the form of doors, roofing and window panes. He is organising a team of neighbours to help clean up the house today.

Questions to Makana Municipality about details of the fire, and a request for information about the lack of water on Saturday night have not yet been attended to.

* Updated 20 December 2017 to include Makana Fire and rescue’s comment as well as fire safety tips.