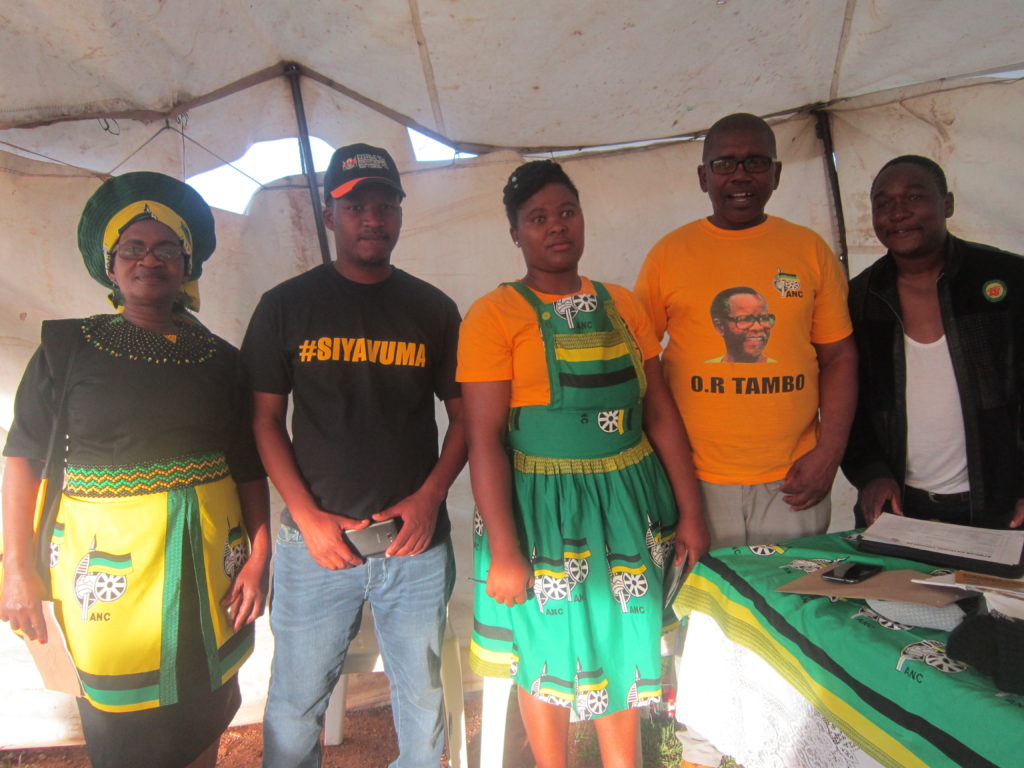 On Sunday ANC members gathered at the field in Vukani to elect a new branch committee and select delegates to the ANC’s national elective conference in Gauteng next weekend.

The guest speaker was Skara Njadayi, General Secretary of the ANC’s Sarah Baartman region. Njadayi encouraged the members to participate in the community by assisting where ever help is needed. For example, if there is someone who deserves to have an ID or maintenance grant and can’t, the leaders must assist. He also encouraged the members to respect the majority decision, regardless of who they want.

Njadayi mentioned some of the things that destroy the organisation such as when participants don’t see eye to eye and so open  an alternative meeting. He said in 2016, the ANC lost seats in Makana going from 20 to 17. In Tsitsikamma, they have six and the opposition DA have five.

He also talked about what happened when members of the ANC were fighting against one another. The people who fight they don’t benefit – it is the leaders who benefit. He encouraged the members and the leaders of the ANC not to fight among themselves because that will spread to subregions and regions, and to wards.

“The ANC does not exist in Grahamstown [by itself],” Njadayi said. “It exists in people.”

He mentioned that not everyone in Vukani is an ANC member – yet they voted for it.

“There are less than 200 people in Vukani who are ANC members,” Njadayi said. But those who voted for the ANC were many more.

Njadayi spoke about the ANC’s President problems, saying they began in 2007 when Thabo Mbeki did not want to step down.

“The masses of the ANC decided to take the ball from him and give it to Zuma,” Njadayi said. “The expectation is for him to give it to Ramaphosa.”

Previous ArticleLet’s talk! Solutions to Grahamstown’s holiday crime
Next Article No turning back