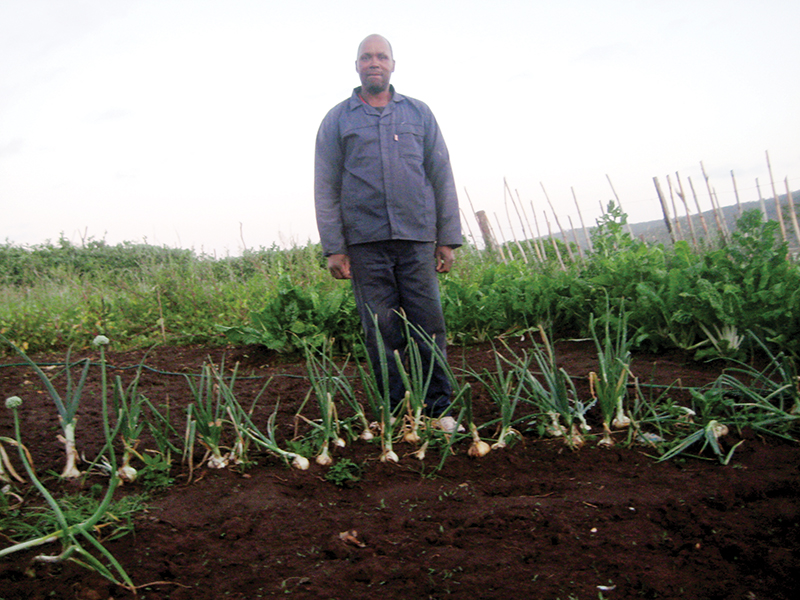 Zimkhulu Madwarha has had a veggie garden for the last six years.He grows spinach, pumpkin, potatoes and onions, which he sells to the community to supplement his wages, which he says are not much.

Madwarha also gives some of his crop to close and extended family members. He told Grocott’s Mail that he would be a lot happier if he had seed and a hosepipe to water his garden.