A trip down VW’s memory lane 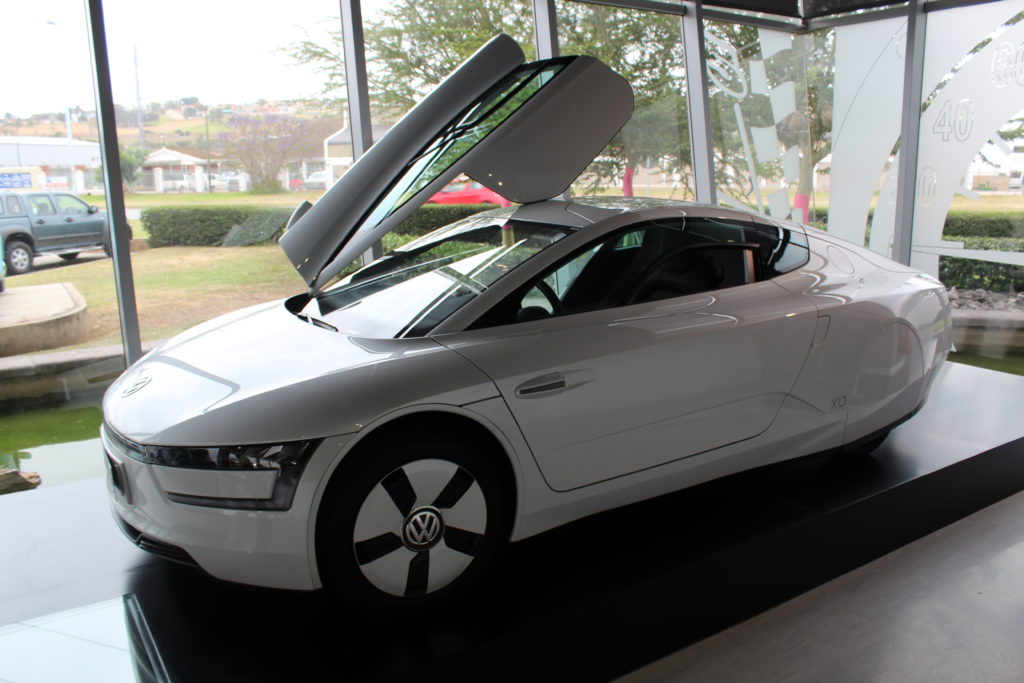 As a motoring journalist, I consider myself fortunate to be situated in Grahamstown. Though it is not home to anything remotely interesting when it comes to the automobiles, Grahamstown is located right between two major centers of the respective industry. Travel East and you will find Mercedes-Benz, chugging out the C-Class sedan in East London. Travel West to Port Elizabeth and you will find Chevrolet (though soon to be replaced by Isuzu), and the Chinese brands, BAIC and FAW, operating out of the Coega development zone. However, turn a little to the right before Port Elizabeth, and you end up in the city of Uitenhage. The home of one of the oldest car companies to operate in South Africa.

I recently received a press release from Volkswagen, detailing the arrival of a new exhibit at the AutoPavilion museum center at their Eastern Cape. The AutoPavilion has been around for quite some time; a place where the German manufacturer can showcase its history, the production plant itself, and the numerous vehicles that have rolled off its floor. This would be my first time visiting, in response to a new arrival from overseas at the museum. So, I decided to take a few photos while I was there.

The main reason for my excursion. The XL1 is a descendant of the Volkswagen one-litre concept car, revealed way back in 2002. The concept and its engine made headlines, what with Volkswagen claiming that a distance of 100 kilometers could be travelled using a single litre of fuel. The current generation, revealed at the 2011 Qatar Motor Show, makes use of a two-cylinder turbo-diesel engine that produces 35 kW and 121 Nm of torque, and a 5.5 kWh electric motor good for another 20 kW and 100 Nm of torque. With this engine and a lightweight construction, the XL1 purported to have an average fuel consumption of 0.9l/100 km, and a resultant range of 650 km on a single tank. The year after it was revealed, Volkswagen announced that the XL1 would have a limited production run, with 200 out of 250 units being made available to customers. The production commenced in early September 2013 and ended by mid-year 2014.

The AutoPavilion is located right next to Volkswagen’s manufacturing plant in Uitenhage, a complex which has been producing vehicles since before the Second World War. However, not all of those vehicles were Volkswagens, as the plant has previously catered for brands such as Volvo, Audi, and as pictured, Studebaker.

The Autopavilion not only serves as a place for Volkswagen to showcase its numerous cars, but also as a place of education, with the company regularly opening it to school groups and children. Pictured in the centre of the ground floor is a second-generation Beetle, sliced down the middle  to give viewers an inside look on the working mechanics of the car.

Located on the ground floor behind a pane of glass lies a car of particular importance to VW South Africa. Dating all the way back to 1978 when VW first launched the Golf 1, the Citi has remained one of the best-selling and most important passenger vehicles for the South African diaspora, with the Uitenhage plant being the only production floor continue producing it in the whole world. The production run ended in 2009 with limited edition run called “Citi Mk1”, with this unit in particular being the very last one to roll off the Eastern Cape line.

Up the stairs to the second level of the centre, you are presented with various VW models that are symbolic of particular eras. They include the VW Camper van, the Mark-I Golf GTI, and this Beach Buggy, representative of the colorful 1960s. The Buggy came about through the work of an American named Bruce Meyers, who took the floorplan and engine from Volkswagen Type 1 (the original Beetle), and attached it to a lightweight, fiberglass body that could be used to raid dunes. His creation caught on, with the Buggy becoming a symbol for simple, automotive fun.

Outside the AutoPavilion, you are greeted by one of the most famous Volkswagen ever conceived. The Love Bug, or “Herbie” as he is lovingly called, made his debut on the big screen in 1968 in Walt Disney’s feature film of the same name. Herbie, a white, racing Volkswagen Beetle sporting red and blue stripes and the number 53, would go on to star in five movies, with the last one released in 2005. The love bug continues to be a motoring icon in his own right, with one of Volkswagen’s greatest creations living on in cinema and the popular eye.

Photos and additional images can be found at the following link: https://www.dropbox.com/sh/25w3d5mrmvycrlx/AAANvepisuRtqsQQzZXkK2lga?dl=0

Previous ArticleBlame crime on holiday bonus?
Next Article A tale of hope and courage