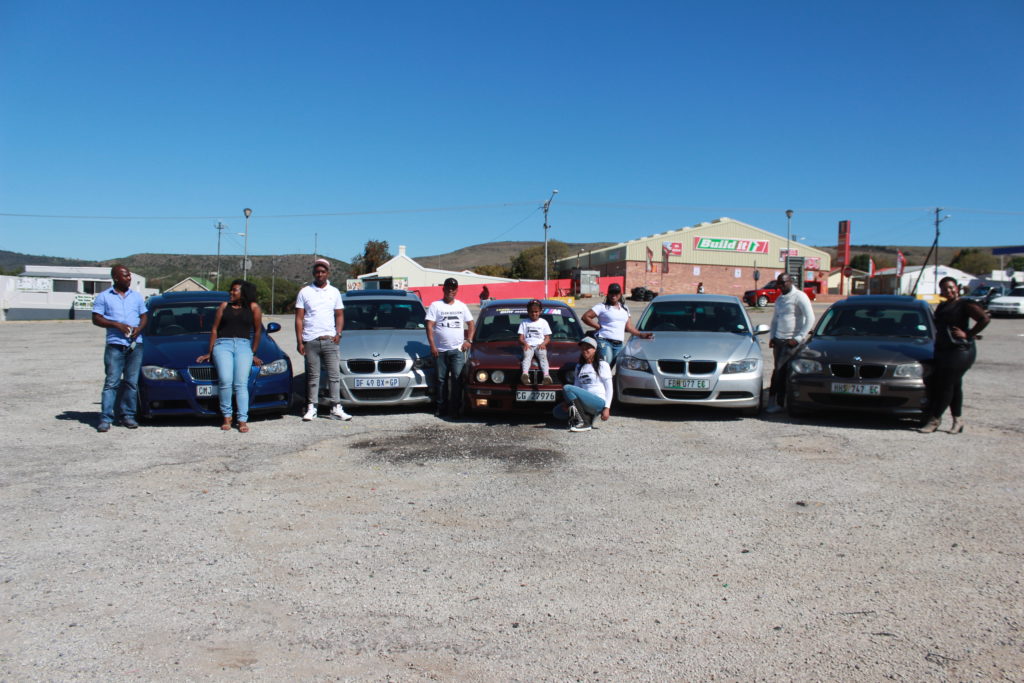 The Grahamstown BMW Owners’ Club was established after an inaugural meeting called on 28 October 2017 by founding member and first chairman David Williams.

The first meeting of the club begun in Joza and went on a slow drive throughout Grahamstown’s multiple districts, ending at a local car wash. The motorcade comprised five of Bavaria’s best from the local community, although the club was established with 12 active members.

The club’s primary aim is to be involved in charity work around Grahamstown and will visit schools and look into options like supplying sanitary towels to needy pupils. Members also hope to provide support for victims of house fires.

The Grahamstown BMW Owners’ Club plan to meet once a month and would like anyone who might want to support their charity work, as well as those who are passionate about “the ultimate driving machine” (BMW’s moniker), to contact David Williams on 078 665 5519.