Fabian Juries Day to be epic 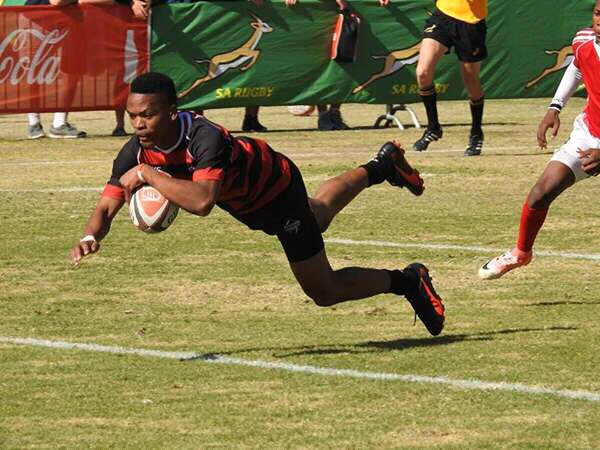 The annual Fabian Juries Community Fun Day, hosted by the Grahamstown Brumbies Rugby Club, is set to be even bigger and better than before. The annual event will take place on Saturday 25 November at the Oval Sports Ground.

The event is named after former Springbok Sevens player Fabian Juries, who lived in the Scotchfarm area and has played for team Cellotape.

The Oval will once again be the place to be with spectators and players filling the grounds throughout the day. Apart from the 10-a-side rugby tournament, there are also netball games with teams from the various neighbourhoods in Grahamstown.

In a first for the tournament, a team each from Rhodes University and 6SAI Military Base will be joining the action. This year’s event will start with a 5km Fun/Run Walk, hosted jointly by the Department of Sport, Recreation, Arts and Culture and Brumbie. The open run will start and finish at the Oval.

The winners of last year’s 10s rugby and netball, Cellotape and Vergenoeg Eagles, will be determined to defend their titles, but it won’t be easy as Rhodes, 6 SAI, Currie Park and Ghost Town are also determined to fight until the end. Fabian Juries, who was part of last year’s winning team Cellotape, will not be in action this year as he has relocated overseas with his family.

The event also raises funds for Brumbies. Kickoff is at 7am with the 5km fun run/walk, and 9am will be time for the rugby and netball to get underway. Action is scheduled to continue until 10pm. Entrance fees are R10 for vehicles, R10 for adults and R5 for children; with food stalls, music, live commentary and entertainment during the tournament.