Down to Business with GBF

From plundering to prosperity 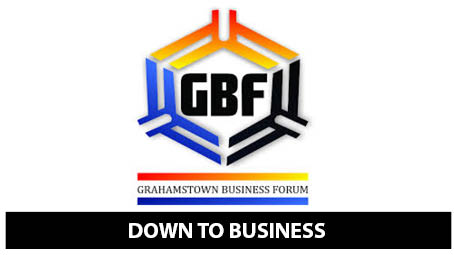 Our leaders need a mindset change to steward our economy better so that South Africa can move from a state of plunder to a state of prosperity. According to MP Steve Swart from the African Christian Democratic Party, there are plenty of signs of hope in the corridors of Parliament. He spoke at Rhodes University on Sunday 1 October as part of a tour promoting Thabo Mahlobo’s new book The New Economy: Ancient Hope for Modern Economies.

Swart began his talk with a testimony of how God had stirred his heart and brought him to repent of the 1913 Native Land Act, which has contributed to the significant inequalities that we face in our nation today. Throughout his talk he was adamant about the need for all of us to reflect on how we live our lives. Despite this, he enthusiastically shared opportunities in which he has tried to exercise ethical leadership through his involvement in Parliamentary committees holding state-owned enterprises like Eskom and the SABC accountable for their corporate governance.

Poignantly, Swart reflected on the passing of Timothy Khoza, an influential ANC MP who died in a bus accident in the Western Cape during a parliamentary oversight visit. Swart testified of how Khoza had challenged the ANC caucus to look to the nature and source of love. The circumstances that led to his death were a testimony to his kindness across partisan divides: he had swopped seats with a DA MP before the fatal crash. It is this kind of leadership that he says should undergird what it means to be a public official, a servant unto God.

Swart mentioned how the love he received from his ANC colleagues is a factor that has encouraged him to stay committed to his calling, which has seen him become the longest-serving member of the Portfolio Committee on Justice and Constitutional Development.

According to Swart, South Africa finds itself in a dire situation where our problem is not a lack of capital, but a lack of confidence in our economy due to the excessive levels of plundering that are happening in our nation. This plundering, he says, is present at all levels, from homes and schools to public institutions and government. In a speech in Parliament, he publicly challenged President Zuma to act against the plundering.

He agreed with his friend Thabo Mahlobo, who writes in The New Economy that an understanding of economics that is based on scarcity does not equip leaders to steward the abundance of resources that they already have access to. He said that leaders need to recognise their need to serve, rather than hoard resources for themselves.

Swart was adamant that God is bringing godliness and justice in government. However, we should not be complacent as citizens but should pray for the protection of leaders. Swart highlighted the risks that some people are under as they stand up for what is right. He mentioned specifically the SABC 8, one of whom, Suna Venter, lost her life while resisting corruption at the broadcaster.

The talk was followed by a panel discussion, with Nhlakanipho Mahlangu (RU SRC President), Darryn Holm (DA Ward 14 Councillor), Ian Siebörger (an RU linguist researching political discourse), Thabo Mahlobo and Steve Swart discussing questions from the audience. Discussion centred on the role of Christians in economic development and governance, and whether the measures in place to keep state-owned enterprises accountable are sustainable or whether privatisation is a better option. Other topics of discussion included land redistribution and whether giving monetary compensation to land claimants in lieu of land is a viable option.

In his closing remarks, Swart challenged us to consider in what ways we are infiltrating and influencing culture with justice and righteousness. We were encouraged to be bold and daring but also humble and diligent in order to seek out opportunities to be a light in the darkness.