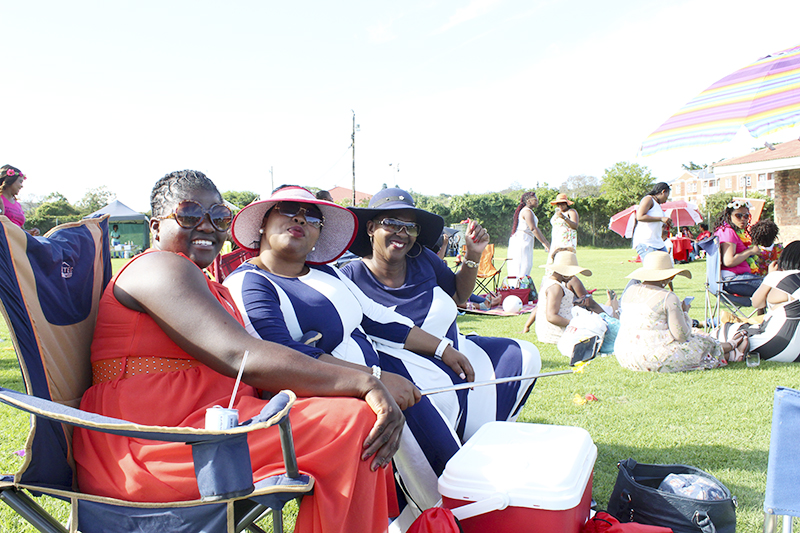 The organiser of a festive event at Fiddlers Green last weekend believes neighbouring residents would have been less frustrated about the disruption if the municipality had given them the heads up. And while residents expressed support for the event, they felt the noise levels needn’t have been so loud.

Organiser Phindiswa Deu said they’d been hosting events throughout the year as a way to inspire conversations between women across communities. The picnic was their final event of the year.

Iain Paterson’s house borders the Green and he was delighted about the event being hosted there – but not about the loudness of the music.

“I love seeing the field being used, and playing music is fine. But my doors were rattling from 11am until 8pm, making it very unpleasant for me to be at home on a Saturday afternoon,” Paterson said.

“The music really does not have to be that loud.”

Grocott’s Mail spoke to other residents in the area, who expresses similar frustration at the volume of the music played.

Deu said QueenP Entertainment had received permission from the municipality to host the event on the Green, and that it was within the municipality’s permissible noise levels.

“On the day [of the event]I didn’t receive any complaints from neighbours, nearby residents or from the police concerning the music. [There] were also police officials that were doing visible policing on the day and they didn’t mention anything about the complaints about playing the music.”

The National Arts Festival hosts events at the grounds during the Festival as well as at other times of the year, such as Cinema Under the Stars.

CEO Tony Lankester said, “While I understand that some people may feel inconvenienced by it, the flip side is that it’s a public recreational space. As with any such space in any city in South Africa, there will occasionally be some noise or traffic issues.

“It’s part of living in a vibrant, active city. And as long as by-laws, common sense, mutual respect and fairness guide us, we should be okay!”

Deu said if the municipality communicated with residents about upcoming events that might generate high noise levels, issues like these could be avoided in the future.