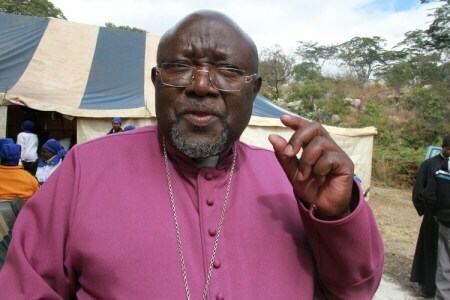 The Right Reverend Dr Chad N Gandiya, Bishop of the Anglican Diocese of Harare, addressed this letter to the diocese in the region, soon after the military intervention in Zimbabwe this week. It was shared by Dean od the Cathedral in Grahamstown the RIght Reverend Andrew Hunter.

Warm and cordial greetings from your brothers and sisters in the Anglican Diocese of Harare, Zimbabwe.

Political developments of Tuesday night in Zimbabwe have necessitated the writing of this letter to all our friends so that you are informed and know what to pray for as you think and pray for us.

Obviously, this was a big shock to most Zimbabweans even though most people believed something was bound to happen sooner rather than later.

The army was in control of the airwaves in the country and had stationed tanks strategically around the city. They asked the nation to remain calm, limit their travels to when it was necessary such as when going to work.

It is true that in last few months we have seen purges in the ruling party, shortages of cash in the banks and unprecedented increases in basic food commodities among other things.

The situation in the country remains calm but tense and people are going about their daily work and chores as if nothing had happened. We had a clergy workshop in Harare without any disturbances. The diocesan office is open and functioning well.

However, we have decided to cancel a big diocesan annual Thanksgiving service that we hold every year to mark our return from exile because we don’t want to take any chances especially as we would be expecting thousands of our members to travel various distances to attend the important service. The events in the country are still unfolding. We thank God that so far there is no violence on the streets, the atmosphere remains calm and everything has been done peacefully. I think that this is one of the most peaceful takeovers anywhere in the world!

We are therefore calling on you our friends to join us in praying for Zimbabwe and her people during these uncertain times. Please pray for the following:

The prayer for Africa is very apt in our situation and so pray:

And give her peace. Amen!

Thank you and may God bless you.

Yours sincerely in Christ,

Bishop of the Anglican Diocese of Harare