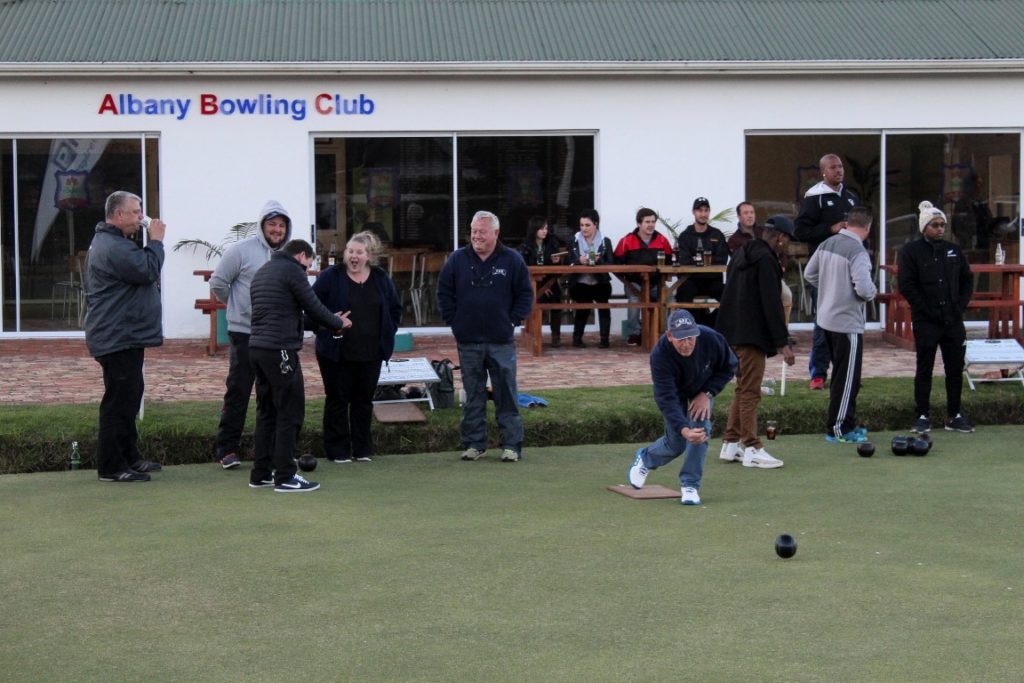 Angels Forever and Built It will meet on the greens this evening to see who will be crowned the 2017 Pick n Pay Albany Bowling Club Night League champions. Angles Forever finished second in the round robin stages to book their space in the play-off. From there they won all their matches to book their space in tonight’s final. They will be up against Team Build It, the only team to remain unbeaten throughout the night bowls league. Team No Name take on Buco 46 Beaufort Street to determine who takes third place in the Cup event.

The league began at the beginning of October with 24 teams and had just eight teams  battle for the Cup and Plate championship this week.

Competing in the Plate final tonight is Kenrich Motors vs Settler City. Playing for the third place is GBS Bank vs GFE.

Angles Forever continued their winning ways by beating Hewitt Boles in Tuesday’s Cup quarter-finals and then beat No Name in Wednesday’s semi’s.

Built It beat Mardon Plumbers and then Buco 46 Beaufort in the semi-finals.

Kenrich Motors beat Kloppies in Monday’s quarter-finals and then beat GBS Bank in Wednesday’s semi-final to book their spot in tonight’s Plate final, while Settler City had an automatic route to the semis after Kretzcon forfeited their match. They then moved on to the final after beating FGE in the semi-finals.

Calitz said meal tickets can be bought at the door for R50. The bowls will be followed by the prize-giving ceremony where Albany Bowling Club committee members and Pick n Pay management will hand over the various prizes.

“Good luck to all playing tomorrow evening and see all at 5.45pm,” said Calitz.