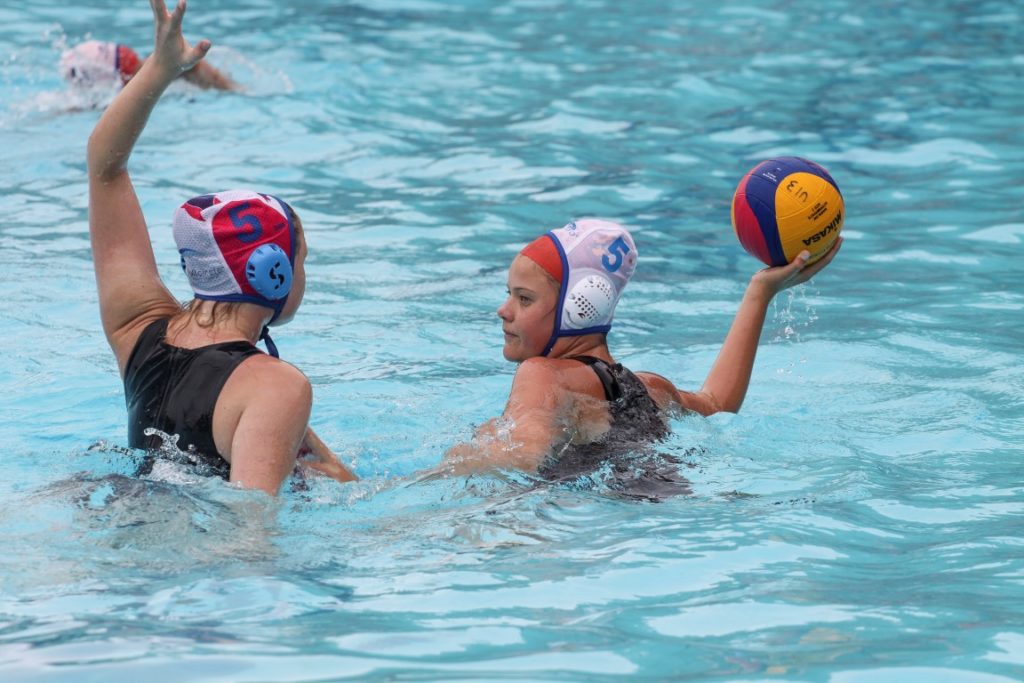 The Kingswood College U13 Water Polo Festival took place at the school over the past weekend, with teams coming from across the province. Photo: Stephen Penney

Kingswood Junior School hosted its sixth annual U13 Girls’ Water Polo Festival last weekend. The hosts fielded two teams, U13A and Wyverns, with DSG also entering a side from Grahamstown. Clarendon U13A & B, Stirling, Hudson Park U12 and U13A, as well as Stanmore from East London were some of the teams that took part. They were joined by Plett Water Polo Club from Plettenberg Bay, Collegiate U13A & B, St George’s and Manta Rays Club from Port Elizabeth.

Because the event was billed as a festival, there was no official victor, although the Collegiate U13A team was the only unbeaten side. In what was very much a ‘round-robin’ format, all teams played a significant amount of water polo against some competitive teams over the course of the two days. The outcome of numerous games was decided by a goal or two, which in a fairly high scoring sport, was pleasing.

The Kingswood U13A team competed well, winning six of their eight games, including an exciting 5-2 win over Clarendon U13A – they eventually lost their last match against Collegiate U13A by a 3-4 margin in a ‘nail biter’. The young but spirited Wyverns teams also progressed well, winning two of their six games.

“The sport continues to grow in popularity at this level within the Eastern Cape and South Africa as a whole,” said head of sport at Kingswood, Pieter Serfontein. “This growth has also seen the increase in popularity of this particular event”. Spot prizes are also handed out to players throughout the two days.

The teams arrive on the Friday afternoon and go on to play a minimum of six games over the course of the next two days, “which is a challenging but most enjoyable prospect”, said Serfontein.

After Friday’s games the U13 girls went on to watch the exciting derby water polo match between the Kingswood and DSG 1st teams, a highlight of the weekend. “It was an event that was well run, most enjoyable and above all a tribute to Kingswood and the sport of water polo within the Eastern Cape and South Africa,” said Serfontein.

Previous ArticleClaiming maintenance from deceased estates
Next Article No luck at Yarrow; better at Settler’s Dam