No luck at Yarrow; better at Settler’s Dam 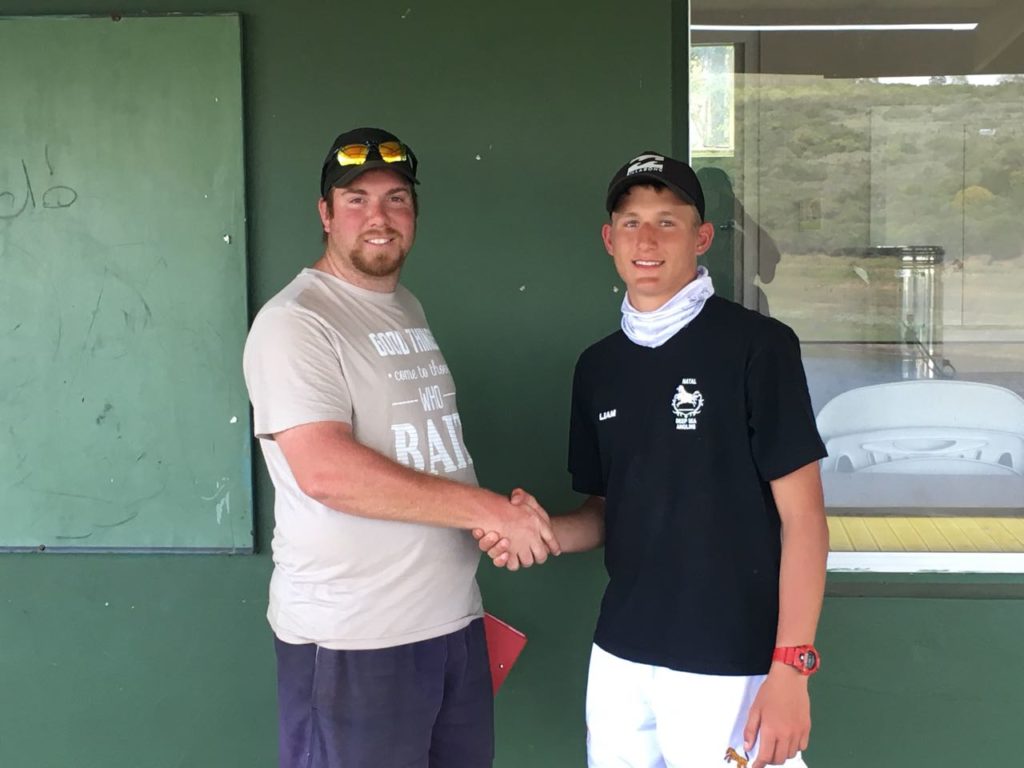 Liam Taljard, right, was the winner of the junior section. He is seen receiving his prize from weigh master, Christo Nel. Photo: Supplied

The Albany Angling Association (AAA) members monthly outing was split between two dams in November; Yarrow and Settlers. Yarrow was the first dam to be fished on Saturday afternoon, with wind and pressure against the anglers, making fishing tough and the pickings miserly.

The anglers were pleased to load up their boats and head off to Settlers Dam for a relaxing braai before 17 made it to the 7am competition next day. A few who could not make it to Yarrow, joined in at Settlers were conditions were hot and windy and also better finishing.

Jon Lisher won the seniors at the noon weigh-in, with Steve Craigie taking second and Garry Kenney third place. The juniors was won by Liaam Taljaard, followed by Luke Bradfield.