The truth about the drought 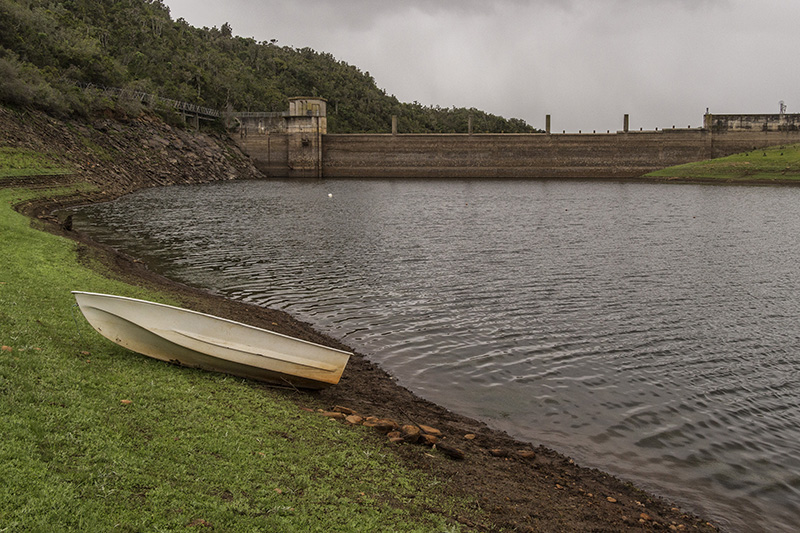 Unfortunately in Grahamstown we find ourselves in a difficult position with respect to the “drought”. Look at the figures for the rainfall for the past 10 months that I have recorded at Waterloo Farm (above the N2 bypass on the Port Alfred Road). That does not look like a drought does it? Note that October is the wettest month of the year (83mm). This exceeds the long term average monthly rainfall for any month. On “average” Grahamstown only has three months with rainfall exceeding 70mm and in the last 10 months we have had 4 months with over 70mm.  There were 12 rainy days in October and similarly in the other rainy months – January (16), February (16) and August (11).  If we have “normal” rainfall in November and December then our annual rainfall for 2017 will be about 600mm, within 70mm of the “average” of about 670mm per annum.

Fortunately for the natural environment the rain for October has been gentle and consistent. Look about you and see the splendor of the veld.  The flowers are out in abundance and the gardens in the towns and street trees are all doing well. I had this comment from one of my colleagues:
“Take a drive to Bathurst. The plants have successfully used the good rainfall of the last 3 months. How do plants know that they have had a dry period and  need to flower in abundance and produce numerous fruits and seeds?”  That is another topic for the botanists to explain.

So why are we humans in such a predicament? It is because we use TOO MUCH water. Water must accumulate in our dams and reservoirs and with the gentle rains only the smallest ponds have filled. Grahamstown is often subjected to floods and just about any month can have a “flood”. But this will happen and dams will fill; the question is when? When those dams are filled then the “human drought” will be over.

The average rainfall for Grahamstown is very misleading as we seldom see a year with this type of “average” rainfall as shown in my unofficial graph of long term rainfall below: Over the 20 or so years that I have recoded rainfall none of the years have a graph approaching this mean or average rainfall.

So what is the message for citizens of Grahamstown?  CONTINUE TO SAVE WATER and when the “drought” is over CONTINUE TO SAVE WATER. We know that another drought is coming and we have to curb our extravagant habits of wasting water. Grahamstown has an erratic rainfall and we need to respect that with a change in the way that we use this precious resource.