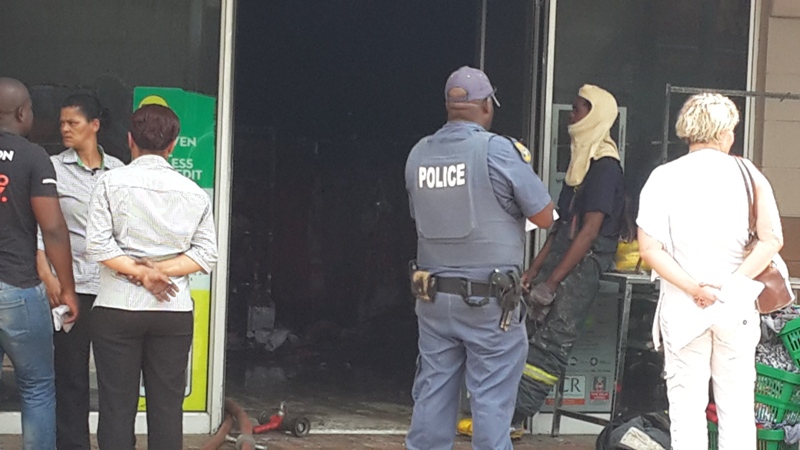 A fire fighter takes a break outside after a fire ripped through Ackermans clothing store last Friday around lunchtime. No one was reported injured. Photos: Sue Maclennan

A fire fighter takes a break and shocked employees stand outside after a fire ripped through Ackermans store at The Shoprite centre in Grahamstown around 12.45pm Friday 3 November, as SAPS Grahamstown and Makana Local Municipality fire services mop up.

Shop manager Cathy Lodewyk said a staff member who went to fetch a customer’s laybye item from the back of the shop had noticed smoke coming from the area of the office and alerted colleagues.

“We got the customers out of the shop and made sure everyone was safe,” Lodewyk said. A Makana Fire and Rescue Services extinguished the blaze and an SANDF water tanker with its crew was on standby

Police spokesperson Captain Mali Govender said SAPS had opened an inquiry into the incident. No one was reported injured, Govender said.