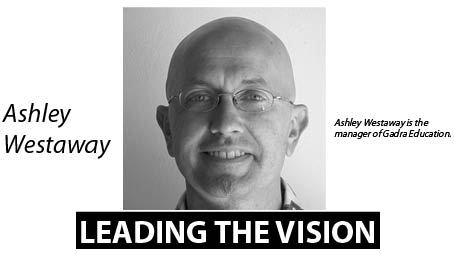 There are various ways used to measure the health of the public schooling system in South Africa. The best known of these methods is the overall Matric pass rate, announced every year by the Minister of Basic Education in early January. Indeed, in a couple of months’ time Grocott’s Mail will use school pass rates, amongst other measures, to assess the performance of the local ‘class of 2017’.

There are problems though, that are associated with narrowly looking at percentage pass rates, one of which is that it doesn’t take the size of the full cohort into account. This matter has become ever more important because the incidence of school drop-out and of push-out in South Africa have increased in recent years.

The most serious problem in the public schooling system is inadequate teaching. It is beyond the scope of this article to unpack this, but the key point here is that inadequate teaching results in a lack of learning and educational development. There is considerable evidence that suggests that millions of children exit the foundation phase of school (Grade 3) without having mastered basic literacy and numeracy. These problems compound and deepen as learners progress through the intermediate phase and high school.

Government has chosen to manage this reality by focusing on the passage of learners through the public schooling system. The quandary of how one keeps children in school if they cannot cope with the academic requirements of their respective grades? Government has addressed this by introducing the twin policies of ‘progression’ and ‘modularisation’. The former stipulates that a learner can only fail once per phase (foundation phase {Grades R–3}, intermediate phase {Grades 4–6}, GET phase {Grades 7– 9} and FET phase (Grades 10–12). If a learner has already failed once in the foundation phase for example, and then fails to meet the pass requirements for a second time in that phase, the school is obliged to ‘progress’ this learner into the next grade. The problem with this approach of course is that progressed learners are required to master ever more complex and advanced material without having the foundational knowledge and skills necessary in this regard. This is like expecting a builder to construct the walls of the second floor building without any scaffolding.

To deal with this consequence of progression, government introduced modularisation at Grade 12 level.  This policy forces most progressed matriculants to write their final examinations in two modules – they write only half of their subjects during October/ November of their matric year, and the other half six months later. From the Department’s perspective, a major advantage of modularisation is that it takes progressed learners out of the official matric statistics presented by the Minister in early January. However, when viewed from a learner perspective it looks like no more than a mechanism to push learners out of the schooling system because after they have written their first module of subject examinations they are on their own; they have to prepare for their second module without any teaching or the routine and discipline of school. Invariably, they fail (if they actually choose to write the second module).

So learners in South Africa under-perform academically because they are inadequately taught. Weak foundations result in ever-widening educational deficits which manifest in grade failure. Ultimately, these learners either drop-out of school or they are pushed out through modularisation, amongst other mechanisms.

In Grahamstown, around 1200 children enter the public schooling system every year. The annual average number of matriculants is 630. Therefore, the attrition rate (drop-out and push-out added together) is a shockingly high 47,5%. This year, the situation is a lot worse than the average because only 509 learners are writing a full set of National Senior Certificate (NSC) examinations for an attrition rate is 57,5%! If one analyses the numbers in relation to fee-paying and no-fee schools, a tragic tale emerges. Every year approximately 170 matriculants write their final examinations at the city’s three fee-paying schools – Victoria Girls, Graeme College and PJ Olivier.

This year, 167 students are registered. In the no-fee sector, the average historical number of matriculants is 460. However, there are only 342 registered this year. If one bears in mind that no children at fee-paying schools drop-out, then the scale of crisis in the local no-fee sector becomes clear. Whereas about 1 000 children entered Grade 1 in the no fee schools 12 years ago (2006), only 342 have advanced to write a full set of NSC examinations. This translates into an attrition rate 65,8%. Put another way, we’ve lost  two out of every three children who entered a no-fee school in 2006!

This is an unacceptable situation which should offend and concern every single Grahamstown resident. We should not allow a continuation of the educational injustice that is relentlessly meted out in the no-fee sector.

So, when you read in that Grahamstown obtained a 75% pass rate in the matric examinations in January,  please remember that this represents a real pass rate of about 32%. It’s a disgrace to us all.