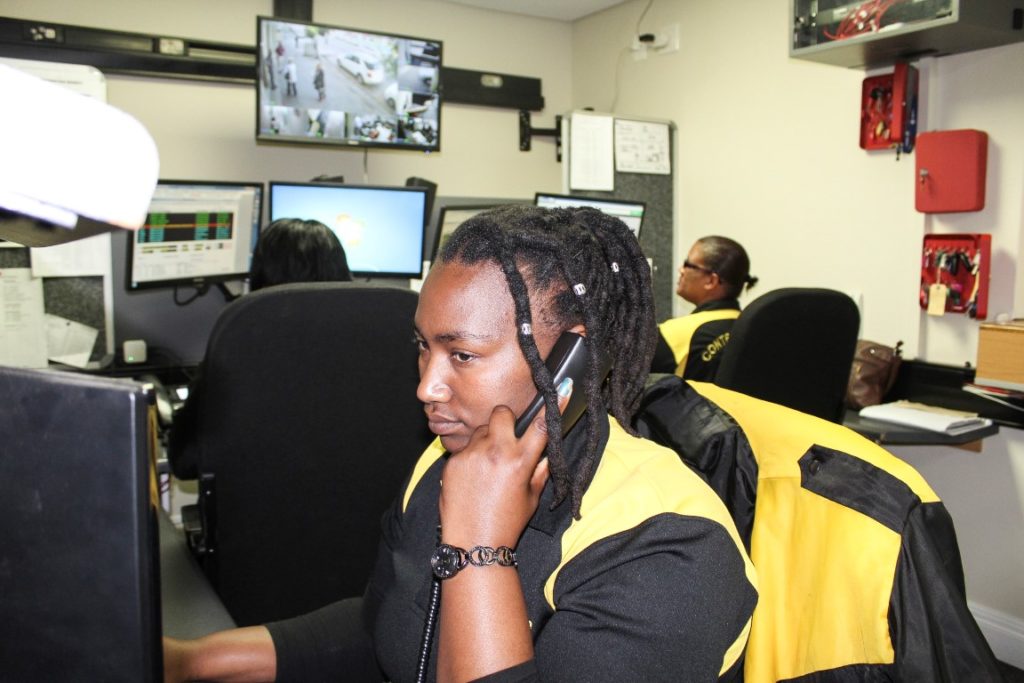 If you walk along High Street from the angel to the arch, chances are you’ll be picked up by up security cameras three times.

Grocott’s Mail recently got the inside view of Hi-Tec Security’s busy control room, where around 100 cameras in Grahamstown, Bedford and Port Alfred’s Rosehill Mall are monitored 24/7.

Camera technician Billy Butters gave Grocott’s Mail the run-down on the high-tech monitoring that the company does.

A security camera can cost anything from R3 500 to R12 000 for thermal models that are activated by body heat.

“All of them have infra-red night vision,” Butters said.

With coverage much wider than people think, the cameras have a marked effect on security in any given area. Cameras installed in Cotterill Street, in Somerset Heights, for example, had brought a marked reduction in crime in that street, he said. Unfortunately, as with many crime interventions, the measure shifted the crime elsewhere.

“There were hectic break-ins happening there,” he said. “Since we installed cameras at end of the street, the burglars have moved up or down a street.”

Brookshaw Home has a number of cameras across the premises, as does the area behind Somerset Place Frail Care. Several Body Corporate managed flats in Grahamstown also have cameras monitoring their gates and parking areas and several schools use cameras to monitor movement in their grounds.

Some residents expressed concern about privacy rights have on social media, following previous publicity about cameras in the city. Grocott’s Mail asked Butters how the company manages this issue.

“Our team is receiving training on the legalities of camera use,” Butters said. According to Butters, facial recognition technology is not in use for cameras monitored by Hi-Tec.

Hi-Tec technicians service the cameras regularly and an external contractor handles the network.

And where are those High Street cameras?

Cameras are set up to monitor crime hot spots in Church Square and upper High Street.