100 for Jarvis against Woodridge 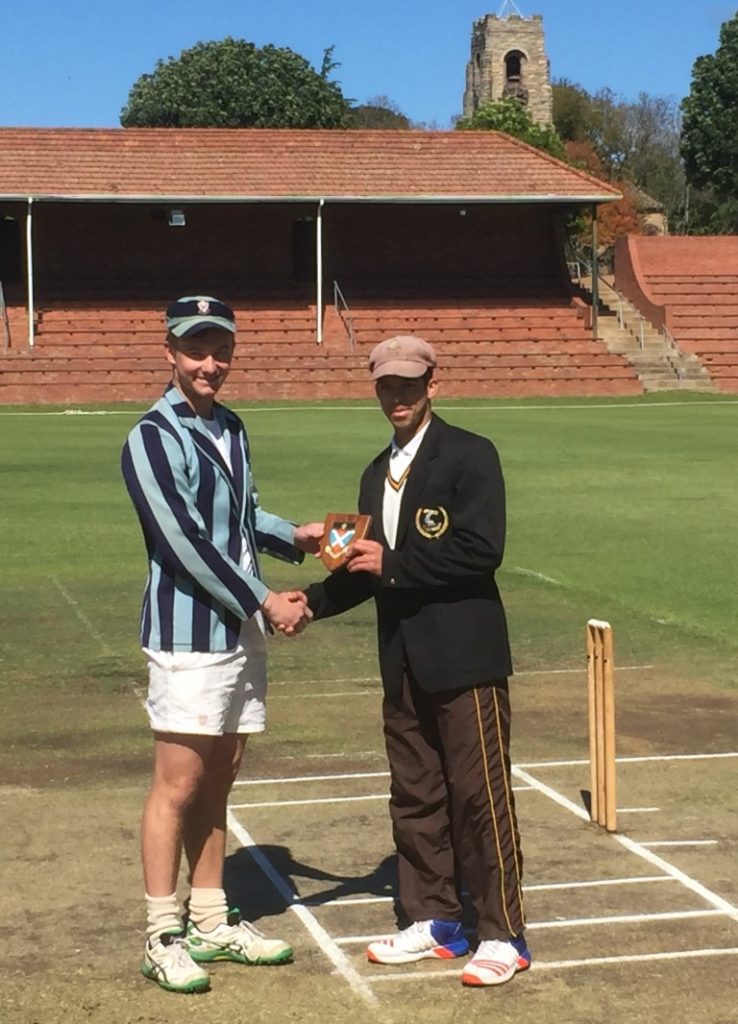 St Andrew’s College 1st cricket team player Peter Jarvis, who was recently selected as part of the Eastern Province U17 team, compiled a superb 100 and provided crucial stability for St Andrew’s innings of 243/6 in their 50 overs against Woodridge on Saturday.

Woodridge went about their run chase methodically, leaving an aggressive finish for the closing overs. Elian Booysen patiently set up their innings with a well-played 43; with Jade de Klerk  in fine form too with his bat, his 75 came off just 65 balls. de Klerk was comfortably keeping up with the challenging run-rate and St Andrew’s needed leg spinner James Quarmby to alter the course of the innings. Quarmby manged to sneak one through de Klerk’s bat and stalled Woodridge’s final onslaught which allowed St Andrew’s to sneak a 19-run win.

St Andrew’s College cricket club made a donation to Woodridge College to support them following the devastating fire from a few months ago. Funds came from a painting of boys playing cricket on Lower Field that was donated by Bob McKenzie. The painting was originally raffled as part of the fundraising for the St Andrew’s College UK Cricket tour which took place earlier this year.  It was won by DSG parents Craig and Natalie Brown, who in turn sold it and donated the proceeds to Woodridge.