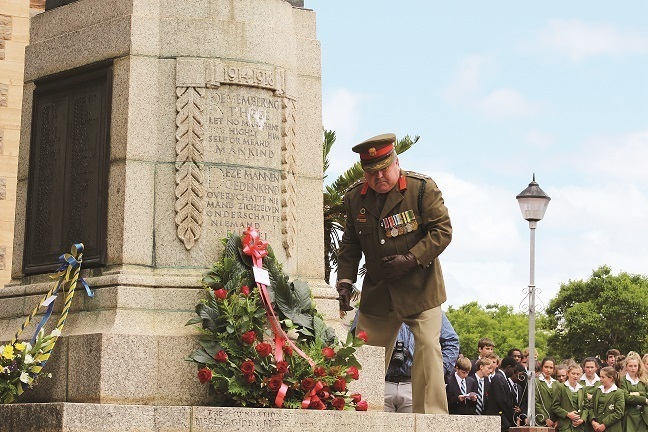 The members of the MOTHS of Makanakop Shellhole have invited members of the public to join them at the annual Remembrance Day Parade in Church Square on Sunday, 12 November 2017 at 10.30am.

The Parade is held each year in order to pay tribute to the men and women of the Grahamstown District who served in the armed forces on various battlefields both at home and abroad who gave their lives for freedom.

Serving members of 1st City Regiment, 6 SA Infantry, the Police Services, representatives of Makana Municipality, members of the ex-servicemen’s and women’s associations, along with local schools have been invited to participate in this ceremony.

“Members of the public are most welcome to attend,” said Graham Gooden, Old Bill of the Makanakop Shellhole.

The ceremony will be conducted at the War Memorial, alongside the Cathedral.

“Members of the public are invited to wear medals and decorations awarded to their direct descendants provided that these are worn, in terms of military procedure, on the right breast,” Gooden said. “The members of Makanakop Shellhole look forward to seeing you there!”

Previous ArticlePoetic Licence
Next Article So you survived 2017? … Celebrate with a feast to remember!