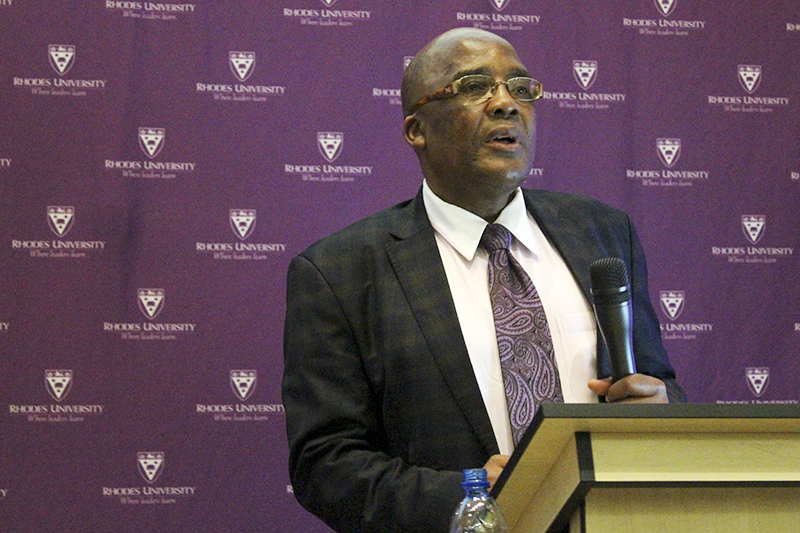 Health Minister Aaron Motsoaledi was refreshingly frank in the face of difficult questions following his address at Rhodes University this week. The guest of the Institute for Socio-Economic Research, he was in town to deliver the seventh Dr AB Xuma Memorial Lecture.

Private health care, in which 4.4% of the country’s GDP was invested, served 16% of the population, Motsoaledi said. “The other 84% they pretend don’t exist.”

The NHI, he argued, would pool funds for equal access to health care for all South Africans.

He fielded questions including about the risk of the fund becoming another target for looting by corrupt officials, and what would become of the initiative when he wakes up one morning to find he is out of favour and has been “reshuffled”.

He presented eye-watering illustrations of dysfunctional spending on health care.

Alfred Bitini Xuma was a medical doctor and a prominent political and human rights leader who became President of the ANC in 1940.