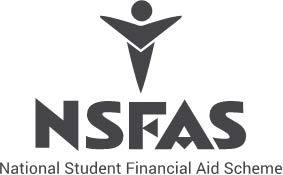 The National Student Financial Aid Scheme (NSFAS), which presented its Annual Report for the 2016/17 financial year to the Parliament Portfolio Committee on Higher Education and Training on 18 October 2017, revealed a significant increase in funding to financially eligible students in the 2016 academic year.

According to a press statement issued on Tuesday, NFSAS disbursed R12.4 billion to both the public universities and Technical Vocational Education and Training (TVET) Colleges; this represents an increase in funding of 34% from R9.2 billion in the 2015 academic year. NSFAS funded a total of 451 507 students, a 9% increase from the 414,949 students supported in 2015. The entity funded 225 950 students at universities with funding amounting to R10.3 billion and assisted 225 557 TVET Colleges students with funding amounting to R2.1 billion.

“In ensuring that we maintain a high level of governance and accountability, the entity has received an unqualified audit opinion on its financial statements for the year ended 31 March 2017, the seventh consecutive year in a row,” said NSFAS Spokesperson Kagisho Mamabolo.

Of the R10.4 billion disbursed to universities, half (R5.2 billion) was in form of bursaries and R3.5 billion in form of subsidies of interest and repayments to funded students. The R2.1 billion funding to TVET College students was all for bursaries.

The most significant contribution to student funding was the Department of Higher Education and Training (DHET) to the value of R11 billion (81%), followed by Department of Basic Education with R1.0 billion (8%) and the National Skills Fund (6%). Other government departments contributed at least R310 million. Grants for student funding increased by 51% from R9.1 billion in the prior year to R13.8 billion in the current year.

“It is pleasing to report that the total bursaries and subsidies enjoyed by NSFAS funded students during the year under review was R10.8 billion. Without these bursaries and subsidies outlined above, access to higher education for potentially deserving students would be much lower than is currently the case,” Sizwe Nxasana, NSFAS Board Chairperson.

Recoveries re-injected to fund new students amounts to R900 million in the 2016 academic year, an increase of 64% from R500 million in the prior year. NSFAS also utilises the recovered funds to make upfront payments to institutions during the commencement of every academic year. This allows NSFAS funded students to register without paying registration fees.

“NSFAS is making significant progress in assisting more students and improving their service to students, universities and TVET Colleges,” said NSFAS CEO  Steven Zwane, NSFAS. “We are also mindful of our responsibility to build trust between the organisation and its stakeholders, to this end we will be running a campaign to celebrate the achievements of NSFAS beneficiaries.”