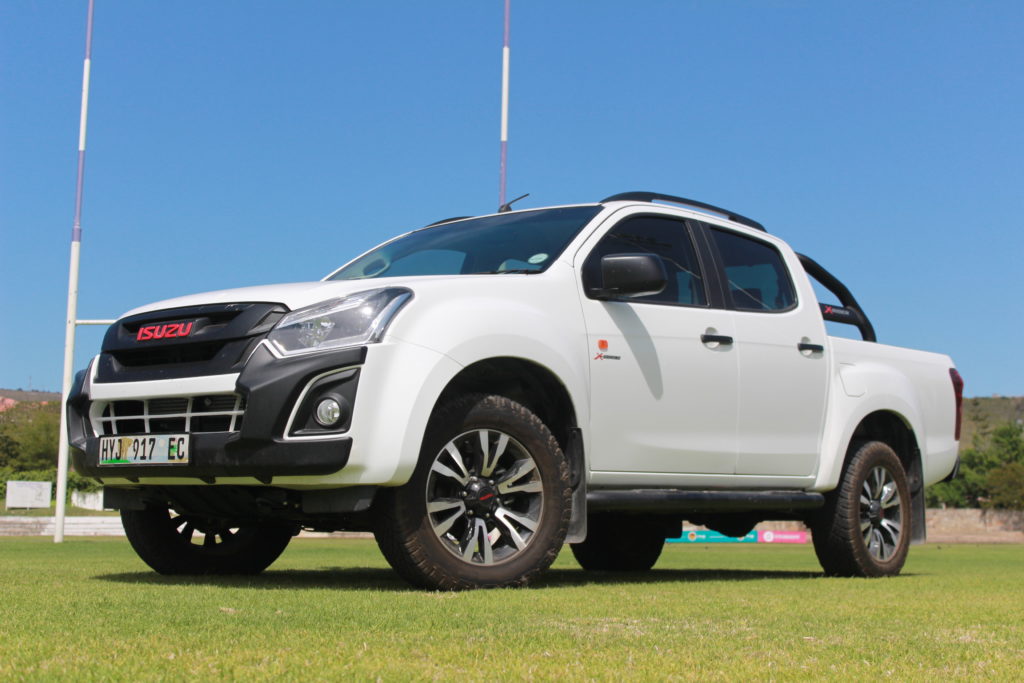 Last week’s test car, an X-Rider series double cab, was originally meant to just be a limited-edition run. However, thanks to a warm and reception and high demand, Isuzu have decided that it will remain a permanent addition to the KB lineup in this brand renaissance era. So, can this pickup stand up to the stiffest of competition?

First things first, some clarity must be provided. The KB is the only passenger vehicle that Isuzu currently offers to the South African market, which comes available in single, extended, or double cab. This is the case for the major players in this segment, my test car cannot be written off as identical to every variation in the lineup, nor to every variation in its competitor’s lineup. Therefore, any comparisons I may use in this review will refer to alternatives that are offered in the same price bracket and technical specification.

Available with either rear-wheel-drive or all-wheel-drive (that features a differential lock for the rear wheels, prices for the X-Rider begin at R396 200 for the former, and R441 200 for the latter. Highlights of the X-Rider, and which differentiate it from the equivalent Hi-Rider trim level, include leather upholstery, a multi-function steering wheels, alloy wheels, and matte black plastic finishes instead of the usual chrome. Those external touches have resulted in a very handsome car, with a striking front façade that is complimented by swooping lines and the use of color (I especially like the nameplate finished in that neon shade of red). However, between those two trim levels lies a R30 000 price gap, and I would have a difficult time justifying that difference. But like I said earlier, there’s seems to be solid demand for this derivative.

There is one engine available in the X-Rider. A 2.5-litre turbo-diesel that produces 100 kW and 320Nm. While those numbers did cause me to hesitate at first, it eventually proved to be quite capable at road and highway speeds, with the rev counter indicating that you could get a pull even while loaded. Isuzu claims an average consumption figure 7.9l/100km on this engine, which sounds about right provided that there’s no furniture in the back. It’s a decent figure for this type of vehicle.

Inside, the X-Rider comes with all the creature comforts, such as air conditioning, Bluetooth, central locking and electric mirrors, while safety is covered by two airbags, stability control and traction control. I will admit that critiquing a bakkie’s loading bay is foreign to me, but from what I can deduce by comparison, lined with fiberglass and measuring at 1000 litres, it seems to be a standard specification.

Finally on the road, I am presented with what is easily the biggest problem with this car: the gearbox. I shall forever be for manuals, and given the low range on this car, I can fully understand this five-speed transmission being here. But the ratios leave a lot to be desired. Twice did I lose sight of where I was switching and there is a great deal of slack in its movement. Simply changing is an event that requires additional attention from the driver.

Driving around town with stop-start traffic does not suit this car. On the highway though, things start to improve. Wind noise is kept to a minimum and while I had to keep hand on the wheel, the turbo-diesel had no problem with clinging onto the red line. Not bad for a car of this nature. Off the road, the X-Rider does very well too. The suspension is hard and can give quite a jolt, but the lowrange does a good job of maintaining your assurity, and the strength of the build is a great testament to Proudly South African.

I have mixed feelings about this car. For one, I like the looks, I like the ride and build quality, and I like this engine. And for this price bracket, the X- trim adds an extra flair to your wheels. But that trim still can’t account for that price, and that gearbox could use a rework. I would say it’s definitely something to consider, especially if you want a bakkie for its actual utility, but I would also remain conscious of alternatives (those high sales figures must have a reason).

Nevertheless, I remain all for Isuzu, and I am interested to see how they’ll do by themselves. I bid them the best of luck, and hope to drive more of their offerings in the future.