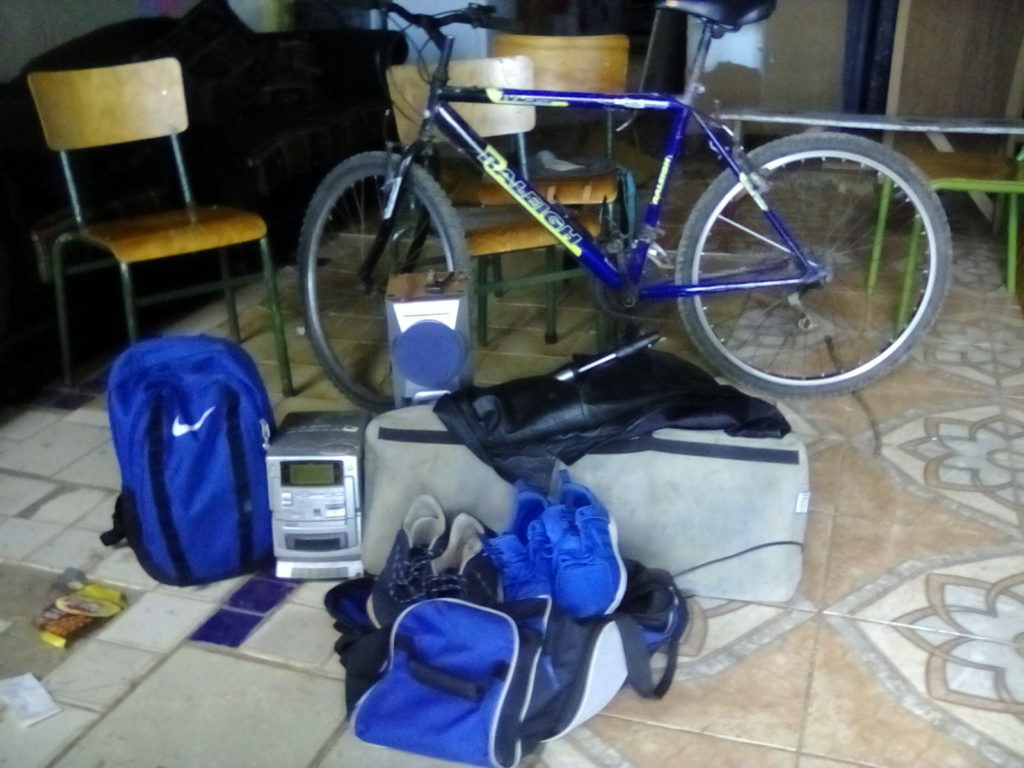 Police and a local councillor worked together to recover a cache of stolen goods, including a large LG television, a bicycle, an electric keyboard and mini Hi-Fi. The items were returned to their owners in Vukani on Saturday 14 October.

The police also arrested four suspects, who were arraigned on Monday. Another suspect was released on Saturday after it was established that he had not been involved in the actual robbery, although he seems to have been a middleman selling the goods.

The robbery occurred sometime over the weekend of October 7-8. Vukani resident Khaya Khethani told Grocott’s Mail this week, that he went to Port Elizabeth for a weekend on 6-8 of October after asking a neighbour to keep an eye on his house, a practice common in Vukani. When he returned late on Monday 9 October, he saw his clothes strewn around the house and television set,  bicycle, Hi Fi, electric keyboard and other items missing.

He opened a case of theft with the police on Tuesday morning. Officers came to  Khethani ‘s house on Albertina Sisulu Street to take fingerprints. On Wednesday he contacted his Councillor Thembakazi Seyisi who told him not to worry as she was going to assist him to recover his stolen property.

Seyisi find out the suspected robbers on Saturday and convinced them to tell her who had bought the stolen items. She then contacted Khetani and they went to recover his property. They went to a house in Extension 9 where they found his television. The homeowner was reluctant to give information because “she was scared of being arrested,” Khethani said.

Seyisi talked the woman into returning the television. In town, the Councillor and Khethani recovered two pairs of trainers, the keyboard in Vukani and the bicycle in the Transit Camp extension.  Still outstanding are a DVD player, two USB memory sticks, a cooler bag, watches, three cellphones and some groceries.

Ironically, the SAPS Area Commander Brigadier David Khanuka and his team were recently in Vukani to address the high rate of crime there.