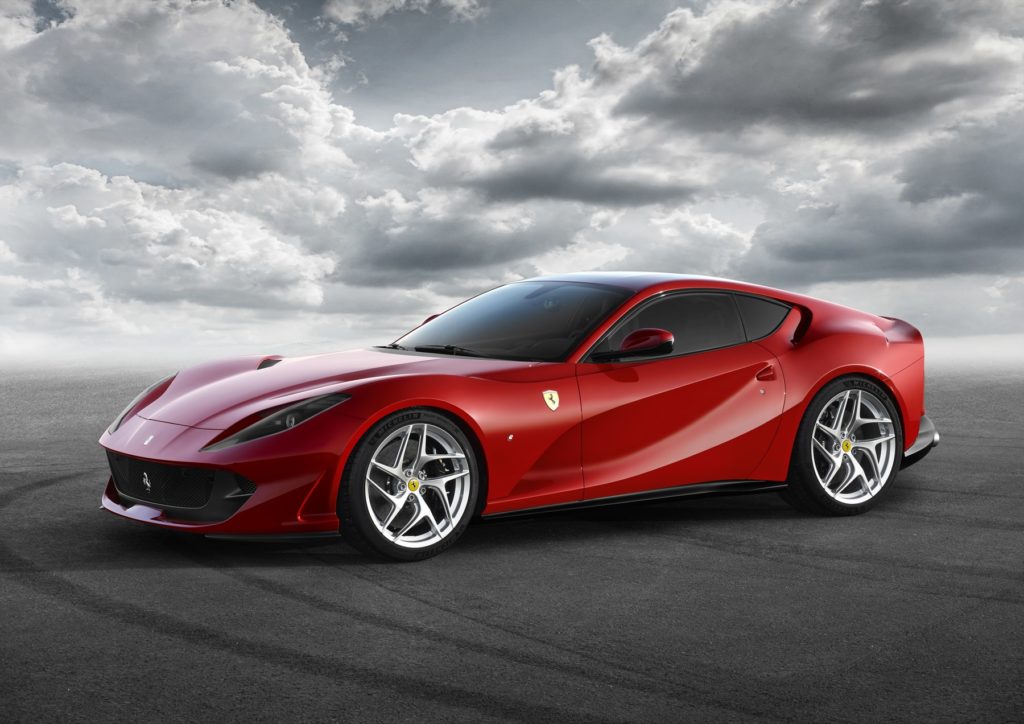 The Ferrari 812 Superfast which is expected to arrive in South Africa in the first quarter of 2018. Photo: Quickpic

Hyundai has sealed its commitment to African football with a new brand partnership with the current African and CAF Super Cup champion, Mamelodi Sundowns FC. The three-year-deal goes beyond the traditional vehicle sponsorship and encompasses a shirt sleeve sponsorship, the supply of Hyundai vehicles to the club, and a marketing partnership that includes co-promotion of all vehicles in the Hyundai range in South Africa. As a global brand, Hyundai has 15 years of experience in world football as an official automotive partner of FIFA.  “We are a young, dynamic global brand that is constantly challenging the norms, so we are proud to introduce this partnership with Mamelodi Sundowns FC,” said Niall Lynch, CEO of Hyundai Automotive South Africa. Mamelodi Sundowns played their first game with the Hyundai brand on their sleeve against Kaizer Chiefs this week. Patrice Motsepe, president of Mamelodi Sundowns FC handed a framed yellow Sundowns shirt, signed by all the players, to Lynch at the announcement of the brand partnership.

Haval, the luxury sub-brand of Chinese carmaker GWM has sold 1 million units sold. Inside and out, the H2 is rendered and wrought to the sort of standards you’d expect from a Teutonic vehicle. Equipment levels are great. From an electric sunroof to a big infotainment screen to tyre pressure monitoring, electric front chairs, six airbags – which help it achieve a five-star C NCAP rating. One of the nice little touches is the classy puddle light that shines on the ground next to the car, displaying a prominent “Haval.” The H2 rolls over pretty much all surfaces – although it’s not a full-on off-roader, with power only to the front wheels. Power comes from a 1.5-litre turbo petrol engine making 105kW and 202Nm of torque from as low as  2 200rpm. Gearchanges are taken care of by a six-speed auto. Open-road, inter-city cruising, with the rev-counter registering around 2 000rpm.The H2 is at the vanguard of more Haval products, with the bigger H6 C just launched, and the yet larger, plusher, precedent-setting H7 scheduled to be here next year. The five-model range starts at R244 900. The range-topping, halo model H2 1.5T Luxury auto rolls in at R309 900.

Mercedes-Benz South Africa (MBSA) has been certified by the Top Employers Institute for its exceptional employee offerings. The Top Employers Institute globally certifies excellence in conditions that employers create for their people. The annual international research recognises leading employers around the world: those that provide excellent employee conditions, nurture and develop talent throughout all levels of the organisation, and which strive to continuously optimise employment practices.

This year marks the 70th Anniversary for the world’s most famous Prancing Horse. The official local celebrations for Ferrari’s milestone took place at the official Ferrari dealer-Scuderia South Africa, in Johannesburg recently. Over 60 countries across the globe will have hosted Ferrari events by the end of 2017. In South Africa, the celebrations took place at Kyalami Grand Prix Circuit, where over 100 Ferrari models were present. The exclusive owner’s track event will be followed by the local Ferrari 70th anniversary procession from Kyalami Grand Prix Circuit through to the Ferrari dealership in Bryanston. The event also featured the debut of the 812 Superfast which is expected to arrive in South Africa in the first quarter of 2018.

From October 14 until November 9, Goodyear’s Wrangler DuraTrac tyres will be tested to the limit during the Land Rover Experience Tou in Peru. A select group of international drivers will test-drive a new Land Rover Discovery SUV fitted with Wrangler DuraTrac tyres through a wide variety of road conditions during the four-week expedition. The Wrangler DuraTrac has been developed to cope with the toughest terrains, including sand dunes, sharp edged gravel, riverbeds and high angle mountain roads, all of which the participants will encounter during their adventures.

On October 13, 2017, the first and most rigorous open rollover test for a Chinese SUV was carried out in the Real Car Collision Laboratory of the China Automotive Technology and Research Centre (CATARC) in Tianjin. The new Haval H6, meeting all the indicators, manifests its superior safety performance as a SUV leader. Compared with tests in Europe and the United States, this test is more rigorous, more comprehensive in content, and more adaptable to roads all over the world. The Haval H6 is a popular vehicle, with its cumulative sales having surpassed 2 million units in September.

Polestar, Volvo Car Group’s performance arm, has revealed its future as a new standalone electric performance brand. Polestar has confirmed the company’s first three models, a new purpose-built production facility in China and a new, customer-focused route to market with all-inclusive subscription-based services that will set a new industry benchmark for performance car buyers. The company’s first car, the Polestar 1, will start production in mid-2019. As an Electric Performance Hybrid, the car can travel up to 150 km on pure electric power alone – the longest full-electric range of any hybrid car on the market. In combination with its four-cylinder Volvo Drive-E engine, the Polestar 1 delivers 448 kW and 1 000 Nm of torque, firmly placing it within the performance car segment. Plans for the introduction of the Polestar 1 in South Africa will be confirmed in due course, depending on market demand and the production of right-hand drive models.

The SUV-inspired Renault KWID hatch-back was introduced to the market late in 2016 and secured a 11.5% segment share, with over 6 000 units sold since. The New Renault KWID Xtreme Limited Edition takes the genetic design and smarts of the Dynamique Trim level to new heights. It boasts enhanced design by means of an exterior styling pack. The chrome exterior accents include an insert for the front grille, fog lamp surrounds, front bumper garnish and a tailgate strip. The distinctive detailed bumper protectors are designed to protect the bumpers’ corners from scuffs and scrapes. The compact innovative SCe engine has been optimised for power and performance and pushes out peak power of 50kW @ 5 500 rpm and maximum torque of 91Nm @ 4 250 rpm.

Mazda Motor Corporation announced that production of the all-new Mazda CX-5 compact SUV has begun at its Hofu plant No 2 in southern Japan. The company made the move in response to growing global demand for crossover SUVs like the CX-5, which is also built at Mazda’s Hiroshima facility as well as in China and Malaysia. Mazda is working to achieve its global sales target of 1.65 million units by the end of its three-year business plan launched during the fiscal year. The CX-5 will be launched in South Africa in the second quarter of 2017.

Honda Motor Co., Ltd. announced that cumulative worldwide production of Honda Super Cub series motorcycles has reached the 100 million unit milestone. Mass production of the first-generation Super Cub C100 began in August 1958 at the Yamato Plant, north of Tokyo. While undergoing various advancements, the basic concept has remained unchanged since the introduction of the first generation Super Cub, with its unique style carried forward to current models. Now, Honda produces Super Cub series motorcycles at 16 plants in 15 countries around the world. It is sold and enjoyed by customers in more than 160 countries.

Previous ArticleCoaching clinics with the Proteas
Next Article Mini Motoring