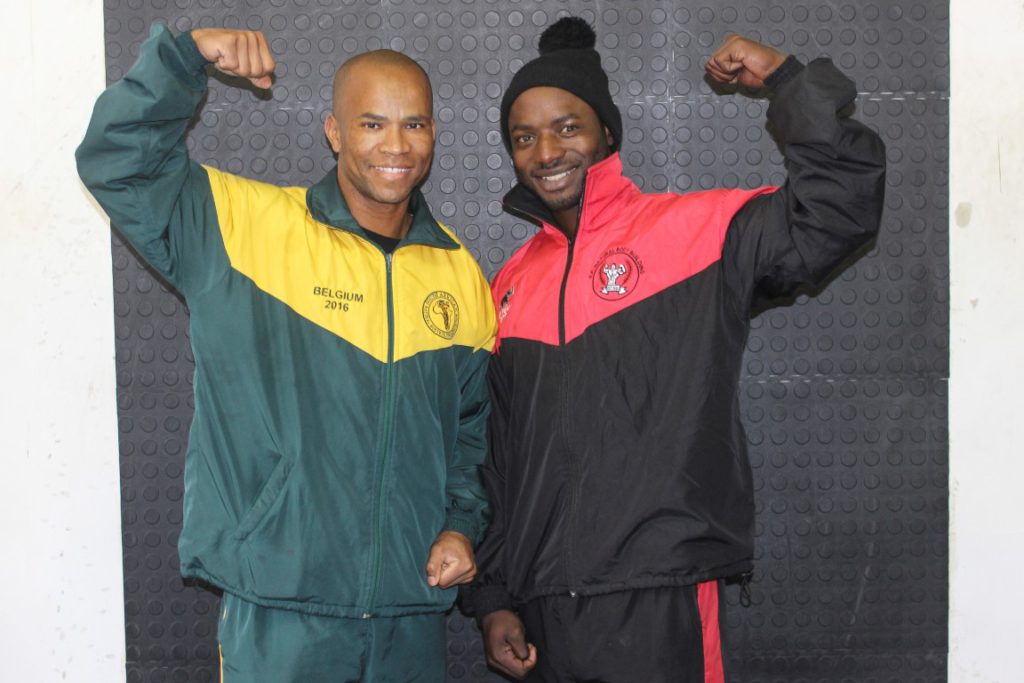 Having finished fourth at last year’s UIBBN World Champs, Sauls will be gunning for gold in his third appearance at the global stage. The Makana Natural Bodybuilding vice-chairman made a serious statement of intent by winning the men’s lightweight under 70kg lineup at the SA champs.

“I will try and dial in to be under 65 kilograms and [be]hard as a rock,” said Sauls. As for his plans to improve on last year, Saul was equally emphatic. “I will cover each and every weak body part. I’ll be fuller. I’ll be more detailed. I’ll be working my ass off for this one.”

Zani’s experience in Bordeaux is likely to be in stark contrast Sauls’, since this will be his first world championship. Perhaps unsurprisingly, he is more reserved about his targets.

“Since it’s my first year and it’s a huge step, I’m planning on getting in the top six,” he said.

However, Zani has notably improved in recent competitions and finished a close second in the men’s welterweight under 75kg lineup in Bellville.

Sauls and Zani were not the only local bodybuilders to impress on 30 September. Mbongeni Nikani finished second in the men’s bantamweight under 65kg lineup, while Danie September won the men’s disabled division.

“This serves as an example to all the other bodybuilders in Grahamstown that what you put into the sport, you will get out. To represent your country is your ultimate goal. I am very proud of Asa and Lesley and wish them all the best in France.”

Provided they can get funding for their travels, Sauls and Zani will carry the hopes not just of their club, but also of a town that, despite its size, has become accustomed to producing bodybuilders to rival the best in the world.