Clothes as currency: our thrift culture 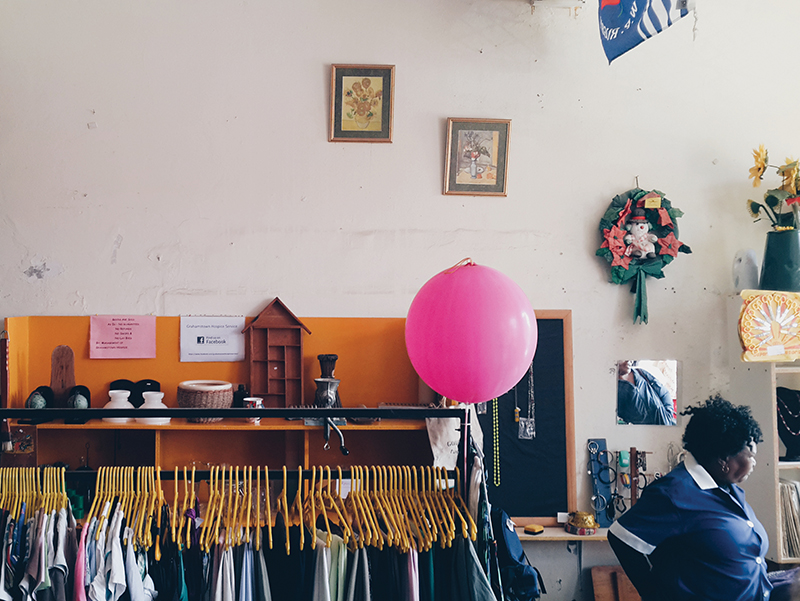 The carefully-constructed materials we use to cover our bodies are not just commodities. This is evident in the fact that after months, years or decades of wears, the possibility remains to still get something out of the well-served item of clothing, and I’m not talking about more wears (or perhaps you’ll get that too if you’re lucky).

While thrift culture has existed for centuries, it has not always been most in Western society.  In fact, before the 20th century, the notion of wearing other people’s old clothes was frowned upon and reserved for the poor. Thrift shops around the time of ant-Semitic ideology, were also predominantly associated with Jewish-owned pawn shops, further adding dark spots to the stigma.

This all started to change in the 20th century, when an increased interest in philanthropy coupled with the looming economic recession lead to an increase in the exchange of second-hand clothes.

Christian organisations started incorporating the sale of second-hand goods into their outreach projects, and even commissioned the unemployed to sell these used goods, providing a place for thrift culture inside the economic sector. The Christians and philanthropists of the early 1900s also played an important role in shifting the perceptions of thrift goods as their presence created a somewhat neutral stance on thrift culture in response to the associations reinforced by anti-Semitism.

The emergence of countercultures such as the iconic 60s hippy movement and 90s grunge  and fashion trends including vintage nostalgia and hipster culture, all made valuable contributions to eradicating stigmas surrounding second-hand clothing and created a market wherein thrift culture continues to thrive. Even today, thrift shopping is founded not only out of necessity but feeds a large part of Western contemporary popular culture.

Grahamstown is not immune to the cultural phenomenon called thrifting, thanks largely to the diverse population the its rich history and new young blood in the educational institutions every year.

Students come with their own set of stereotypes, and among these are the typical ‘hippies’, ‘punk-rockers’ and ‘arty-farties’ (aka BFA and Drama students) who all need a place to shop for clothes because Woolworths generally doesn’t  cater for them. Enter Nearly New and Hospice second-hand clothing stores, and the multiple online second-hand community platforms in Grahamstown.

I recently took a stroll down High Street, stopping at number 118’s Nearly New store: The station for pre-loved clothing and then continued all the way down until I reached Frontier Hotel. Then I turned down Bathhurst Street and journeyed towards number 67, home of Grahamstown’s Sunflower fund Hospice shop.  I was on a mission to get the two cents worth on Grahamstown’s thriving thrift culture.

For a town with only three major streets, Grahamstown boasts an abundance of second-hand outlets. There’s Nearly New, The Hospice shop, the shop under the Drosdty Arch plus two online Facebook groups, and that’s only covering the sale of second-hand clothing. How do these platforms thrive, why do they thrive, and who supports them? That’s what I set out to find out. 18 years ago, after settling their youngest children in High School, two neighbours felt the need to do something else with their lives. Out of this desire, the second-hand clothing store situated at 118 High Street was born. “We weren’t business women, we had just reared children,” Nearly New owner Di Westcott said explaining the humble beginnings of her thrift store. The two friends heard that a second-hand store in town was closing down, and realising their start-up costs would be almost nil, they decided take up the challenge. After getting feedback from the community, they decided to limit their stock to clothing. “When we first started, our idea was to stock top end, exclusive clothing, but we soon realised this was not plausible. What we ended up with was a variety of styles and I think that is what has helped make the shop a community-driven project. Not only do I earn a living, but people are also able to sell their old clothes and the community gets good quality, affordable clothing. Clothes that don’t sell, the owners are often more than willing to donate to Hospice and I regularly deliver bags full of clothes to Hospice for them to sell,” Westcott explained. Grahamstown’s diverse population demographics add to the variety of clothing on sale. “People travel a lot, so you find a variety of styles and clothing from different places and shops that locals don’t have access to. Many a time, we’re able to stock well-known international brands too.” Westcott explained that this helps Grahamstown stay connected to the global economy. Although students are not big spenders, they also contribute to the variety of clothes as their clothes add a “fun, interesting and fresh” touch to the store. The many top private schools that Grahamstown homes, provide valuable contributions of good quality, expensive clothing brands. “I don’t try to talk people into (thrift shopping). You either love it or you hate it. Some people will walk in, ask if it’s second-hand and then walk out. But then there are others, who start buying and after a while start putting more effort in their appearance, and that’s because now they actually can afford to dress nicely.  For others, parting with their clothes can be as emotional as selling a house, and I’ve experienced how hoarders, when they finally do throw out their clothes, it’s like they’ve undergone a psychological breakthrough, you can see it on their faces,” Di said.

Photos taken at 11am on Friday 15 September at The Sunflower Fund Hospice Shop at 67 Bathurst Street. Hospice manager Carl-Heinz Queisser says Hospice serves the community with a “double edged-sword,” as they not only sell affordable, good quality clothing to the less fortunate, but all the proceeds go towards taking care of patients suffering from terminal diseases such as Cancer, HIV/Aids, and Tuberculosis. “Today I’m just browsing on my way to a workshop but I pop in here at least once a week. I always find interesting, different stuff at Hospice. I have a catering business, so I’m always looking for décor or kitchenware I can use in my business, and in that sense, Hospice feeds my business and blesses others.” – Jenfred Engelbrecht. “I come regularly, like twice a week. I’m looking for t-shirts and kitchenware, but I haven’t found anything today.” –Mr R. Swartz works in Food Services at Rhodes University. Queisser says Hospice has a diverse clientele compromising of both young and old. University students seeking ‘retro’ styles support us and the donations we get from students also helps create a wide variety of clothing. “I come here at the end of every month. I’m looking for tops and skirts in any colour. If I find the cheapest, then I buy it.” – Agnes Masinda.

It’s an undisputed fact that the online global economy has disrupted business models as we know them and has negatively impacted many small local business who struggle to stay relevant in the face of new cyberspace competitors. Grahamstown’s thrift scene is no exception.

The rise of second-hand sale groups on social media platforms has created a certain element of competition that never existed before. Currently there are two Facebook pages catering for the Grahamstown community wherein community members can buy and sell their second-hand clothing. Second-hand Grahamstown has over 21 000 members and it’s more recent predecessor, As good as New Clothing Grahamstown is currently sitting at just over 2000 members.

People find these platforms convenient as they are not only on mediums that are accessible anywhere, anytime from the tip of a finger, but users get to choose what prices they are going to sell their clothes for, and will therefore usually make more money than if they were to sell on consignment at Nearly New.

One could basically call it online thrift shopping and it’s giving Grahamstown’s local thrift establishments a run for their money.

While Nearly New still experiences a slight increase in figures annually, owner Di Westcott has noticed a decrease in the amount of clothes coming in from students, especially towards the end of the year when they clear out their closets while packing to go home. “Until quite recently, we used to get loads of clothes from students at the end of the year, which was nice because it ensured that the shop was always fully stocked throughout the festive season, but this is not happening as much anymore,” Westcottt explained.

Westcott attributes the reason for the increase in figures each year in part to inflation but also due to the fact that people can’t afford to just give their cloths away like they used to, and similarly, the price of clothing has skyrocketed so, people are always in search of a bargain these days.

She is also aware that the Facebook groups come with their fair share of hassles, such as it being more time consuming, and people often don’t show up to fetch clothes, and she has noticed some customers are using both platforms. So perhaps there is hope for the two rivals to co-exist in harmony.

Hospice however has more of a hard time as they rely solely on donations. While Nearly New still supports Hospice by passing on the clothing they can’t sell, Hospice manager Carl-Heinz Queisser said they have noticed a decrease in donations since the Facebook platforms set in, especially from students.

“I can understand it in light of the country’s financial situation, but it does negatively impact Hospice with regards to the amount of donations that come in,” Queisser said. He explained that before these online platforms, students would donate on their own accord, now Hospice only receives donations from the community engagement at Rhodes University and individual residences at the end of every term or semester.

Queisser encourages people to cotton on to thrift culture, as “you can save money and get good quality clothing at very affordable prices, all the while contributing to a worthy cause that helps take care of the community’s disadvantaged members.”