OR Tambo marathon in Nkantolo 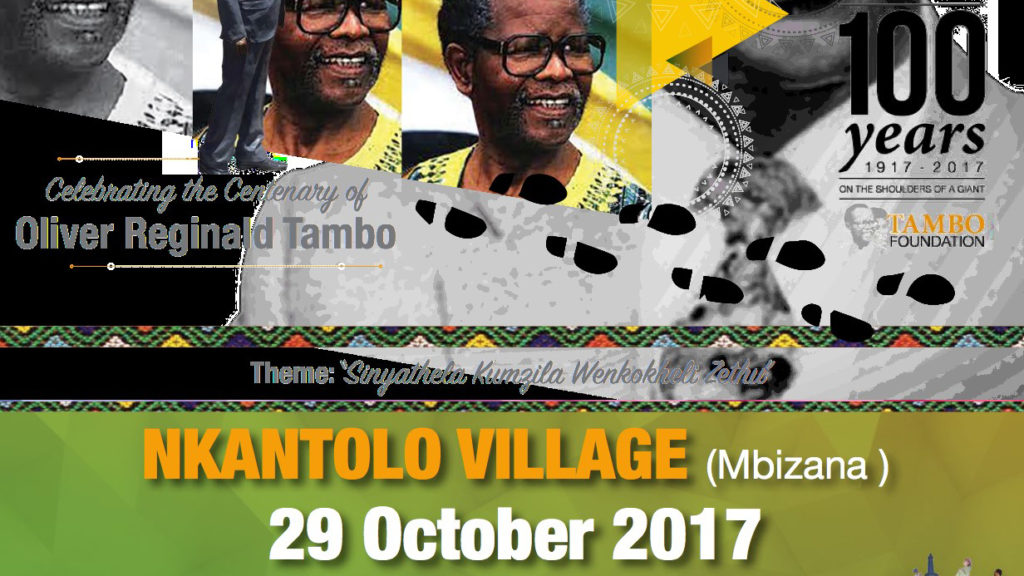 Named after Oliver Reginald Manyane Tambo known better as O.R, the race brings joy and excitement back into the culture of road racing in the Transkei.

With a winner’s purse of a cool R30 000 for both male and female categories in the standard marathon, the day will also see the launch of a 10km and 5km Fun Run.

The marathon will trace the footprints of O.R. Tambo in his own birthplace where he ran as a young boy to and from school, and to also herd livestock in the valleys and hills of Nkantolo.

This exciting race coincides with the South African government’s decision to earmark 2017 for the O.R Tambo Centenary celebrations in Mbizana on 29 October.

Tambo is known across the world as the leader that led the liberation struggle of South Africa for many years and is revered as a key architect of the country’s peaceful transmission to democracy.

“To honour him with this marathon, is so appropriate as when he led the liberation struggle in exile, O.R Tambo mobilised the racially divided sport formations of the country to come together and unite guided by the principles of the Non-racialism.

“His involvement and participation in sport, arts and culture is well documented since he also wrote songs and conducted choirs. During his time, the Sport and Cultural Desks of the National Executive of the liberation movement were vibrant,” said Hon MEC Pemmy Majodina of the Department of Sport, Recreation, Arts and Culture.

Transkei Athletics President, Lungisile Molwana was over the moon saying it’s a dawn of a new era. “We believe that our partnership with the provincial government through the Department of Sports, Recreation, Arts and Culture is the beginning of great things to come for athletics in the Transkei.

“We used to be a powerhouse of road running and one believes that the scenery will be a great setting for runners. This brings back what has been missing in the area for far too long” said Molwana.

“On behalf of the board, I congratulate the new partnership between athletics and the provincial government that has enabled the return of road running to the Transkei.

“We are happy that the race has been placed as part of the centenary celebrations of this great hero it is named under. We look forward to a great race.”

The standard marathon will start from Redoubt and finish at O.R Tambo Technical School (Nkantolo A/A).

Race entry forms are available at the following places:

Registration closes on 28 October at 10pm.