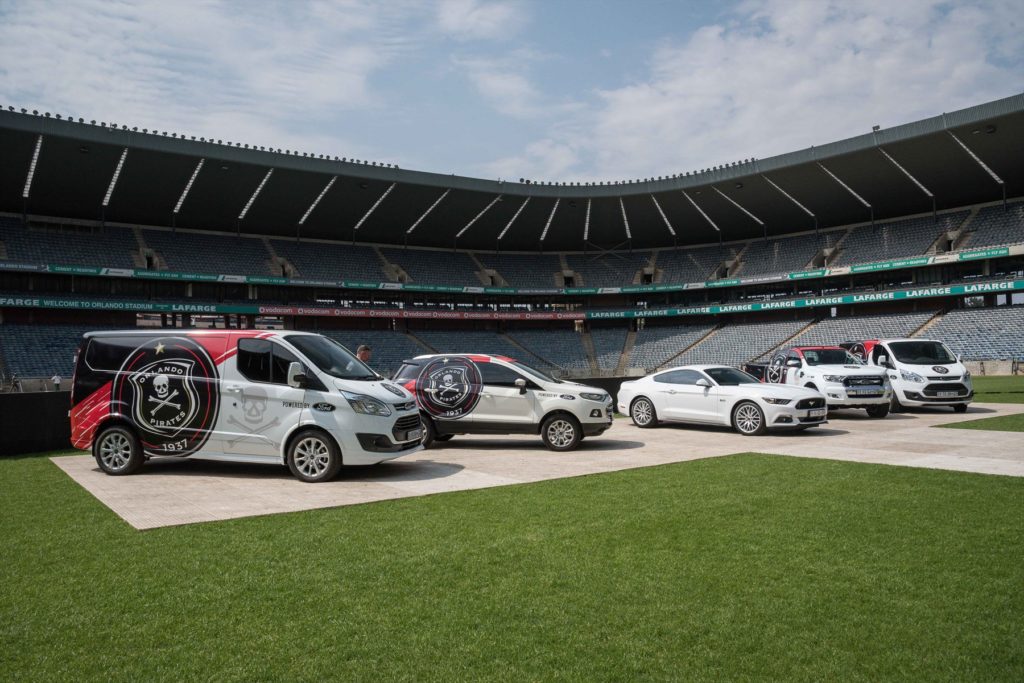 The experience of owning a Volkswagen vehicle has just been made easier with the launch of a customer App.

With the My VW App, owners will be able to have all their vehicle data and information available to them at the click of a button.

“The My VW App is part of Volkswagen’s digitalisation strategy and is another way in which we are bringing the full Volkswagen experience to our customers,” says Stefan Mecha, Sales & Marketing Director at Volkswagen Group South Africa (VWSA).

The My VW App allows customers to register their own profiles and connect with their vehicle details, which helps them to effectively manage their own information.

Some of the features on the My VW App allows users to request a service appointment at their nearest service centre, book a test drive, request a quote for a new car, access their car’s service history as well as view and manage their financial contract information.

The My VW App also has two unique features namely the Volkswagen Alert Roadside Assistance and the Guardian Angel tools.

The My VW App is now available for download for any Android and Apple smartphones, from Google Play Store and Apple iStores.

Major changes predicted for motor industry in next 10 years

Electric vehicles, autonomously-driven vehicles, Uber and shared vehicles, as well as a change in market control by the Original Equipment Manufacturers, are all upcoming events predicted to change the face of the motor industry in the next 10 years and beyond.

These were some of the topics raised at the Motor Industry Workshop Association (MIWA) conference at Automechanika recently.

Hyundai has maintained its position as one of the world’s 40 most valuable brands for the third year in a row, according to the latest Best Global Brands report from respected international consultancy Interbrand.

Interbrand’s rankings are calculated using companies’ financial balance sheets combined with marketing activities, while also reflecting each brand’s potential profit. The analysis assessed Hyundai’s brand value as growing to US $13,2 billion for 2017 – a 5.1% increase on the previous year. The ranking comes after Hyundai sold 4,86 million units annually worldwide, and places the Hyundai name above Audi, Nissan, Volkswagen, and Porsche.

The annual Interbrand Best Global Brands report identifies the 100 most valuable global brands, analyzing the ways in which the strength of a brand benefits organizations, from delivering on customer expectations to driving greater economic value.

The ranking is based on a combination of attributes, each contributing to a brand’s cumulative value. These include financial performance of branded products and services, the role the brand plays in influencing customer choice, and the strength of the brand in commanding a premium price or securing earnings for the company.

Ford South Africa is now the official vehicle sponsor for Orlando Pirates, bringing the vehicle and sporting brands together in a three-year partnership.

The partnership agreement, which was formally announced at the Orlando Stadium recently, encompasses a three-year deal in which Ford will supply Orlando Pirates with vehicles across its impressive portfolio, including the iconic Mustang, Ranger, Everest, Transit and the EcoSport.

“Orlando Pirates is a household name in South Africa with a massive following and a proud heritage, as well as an impressive record in the Premier Soccer League,” said Dr Casper Kruger, Managing Director, Ford Motor Company Sub-Saharan Africa region.

“We are delighted to become the vehicle of choice for Orlando Pirates for the next three years, and look forward to the exciting opportunities this sponsorship presents, for both the club and Ford.”

Orlando Pirates, established in 1937 and currently celebrating their 80th anniversary, is one of the most successful and recognised brands on the African continent.

After four gruelling days of physical tests, psychological evaluations, media lectures and naturally a string of stringent driving tests, the judges have been able to cut the original field of fourteen hopefuls down to the two finalists that will now battle it out for 2017 Volkswagen Driver Search honours.

“We are very pleased with the way the 2017 event has gone so far,” commented Mike Rowe, head of Volkswagen Motorsport.

Times were close but in the end it was the names of Talha Moosajee and Raais Asmal who topped the scoresheets. The two finalists will share a car, alongside 2016 Volkswagen Driver Search winner and Engen Volkswagen Cup regular Jonathan Mogotsi in the Port Elizabeth 3-Hour Endurance Race scheduled for 18 November. The overall winner will be announced at Zwartkops a week later at the last race meeting of the year.

Continental revealed two new tyre technology concepts that will make for even greater road safety and comfort in the future.

The two systems enable continuous monitoring of the tyre’s condition, as well as situation-matched adaptation of tyre performance characteristics to prevailing road conditions. The technologies, called ContiSense and ContiAdapt, made their debut at the 2017 Frankfurt Motor Show (IAA).

ContiSense is based on the development of electrically conductive rubber compounds that enable electric signals to be sent from a sensor in the tyre to a receiver in the car. Rubber-based sensors continuously monitor both tread depth and temperature. If the measured values are above or below predefined limits, the system at once alerts the driver.

If anything penetrates the tread, a circuit in the tyre is closed, also triggering an immediate warning for the driver – faster than the systems used to date, which only warn the driver when the tyre pressure has already begun to fall.

In the future, the ContiSense system will feature additional sensors that can also be utilised individually. Thus, information about the road surface, such as its temperature or the presence of snow, can be “felt” by the tyre and passed on to the driver. The data can be transmitted to the vehicle electronics, or via Bluetooth to a smartphone.

It was a battle of the OEM’s during Heritage Day weekend where the OEM Challenge pitted Volkswagen against Mercedes Benz at the PeoplePavilion in Uitenhage.  The bi-annual challenge was won by Mercedes Benz in 2015, and this year the Volkswagen teams had something to prove, so they gave everything they had and made sure the trophy stayed in Uitenhage!

Contested over seven disciplines namely, Soccer, Angling, Golf, Athletics, Indoor Cricket, Netball and Volleyball, the Volkswagen teams scooped 12 of the 18 points.  Mercedes Benz gave a strong showing in athletics and indoor cricket but Volkswagen dominated in all the other sporting codes.

Opened in December 2013, the PeoplePavilion has welcomed over 340 000 visitors. The venue caters for over 10 sporting codes, events and has a gym, thus allowing teams to practice, stay healthy and hone their sporting skills. With 17 sporting codes in total offered at Volkswagen, the VWSA General Sports Council consisting of employees from all levels with a passion for sport, worked hard to put Volkswagen’s sporting programmes on the map.