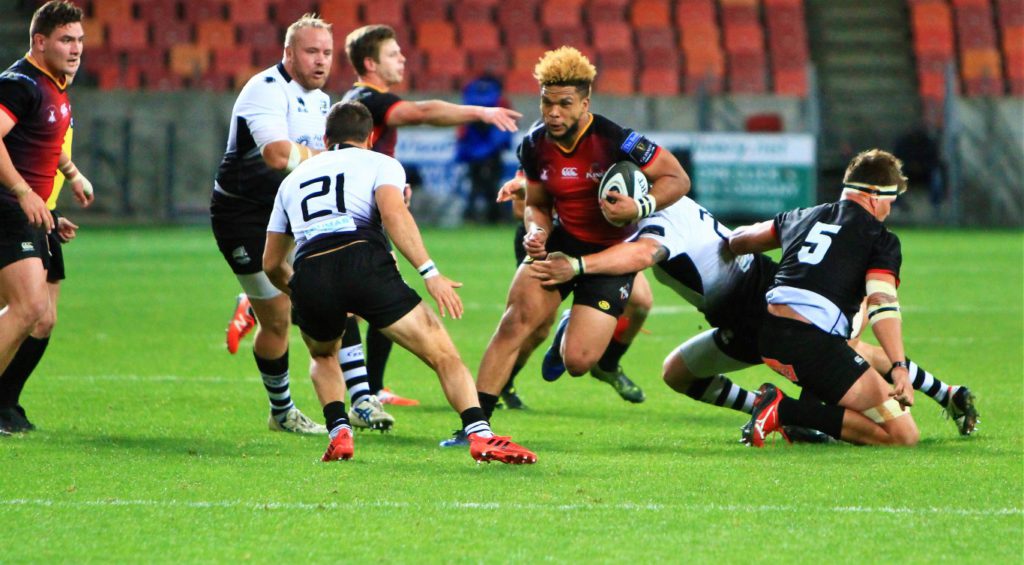 It has been somewhat of a baptism of fire for the Southern Kings so far in their debut season of GUINNESSPRO14 rugby.  Those not following closely might be inclined to assume it has all been doom and gloom for the men from Port Elizabeth.

However, statistics offer some interesting insight into the individual contributions made by players – not only during last weekend’s round of GUINESSPRO14 action but also over the course of the season so far. Some prominent Kings players feature on the official OPTA PRO Top Performers list. For instance, 3 Southern Kings players find themselves amongst the top 5 list for “Tackles Made” during round 6 – Jurie Van Vuuren occupies 2nd spot with his 18 tackles completed and teammates Andile Ntsila and Bobby De Wee lie tie 3rd with 17.

When it comes to “Most Offloads” for last weekend Southern Kings fullback Masixole Banda is in tie 3rd place with 3 offloads. Banda, who has unfortunately picked up a long-term shoulder injury, also features prominently when individual stats for the season to date are considered. He lies 3rd on the list of “Defenders Beaten” with a total of 20, 4th when it comes to “Most Offloads”, having completed 12, and is just outside the top 5 – in 7th position – in the category of “Metres Carried” where he has racked up an impressive 366 m.

Also showing up well on the aggregate OPTA Performance stats for the season so far is Andile Ntsila whose total of 80 tackles made put him in 2nd place in that category (just 3 behind Paul Schoeman of the Cheetahs who heads the list with 83) and captain Michael Willemse whose 7 turnovers won during the course of the campaign places him tie 3rd in the “Turnovers Won” category. Ntsila’s total of 64 carries this season also sees him occupy 6th on that particular list.

Whilst not translating into any log points (yet!) for the franchise, these numbers will undoubtedly reassure both coaches and playing staff that they do have what it takes to compete at this level and that a maiden GUINNESSPRO14 victory is just one consistent, all-round performance away!