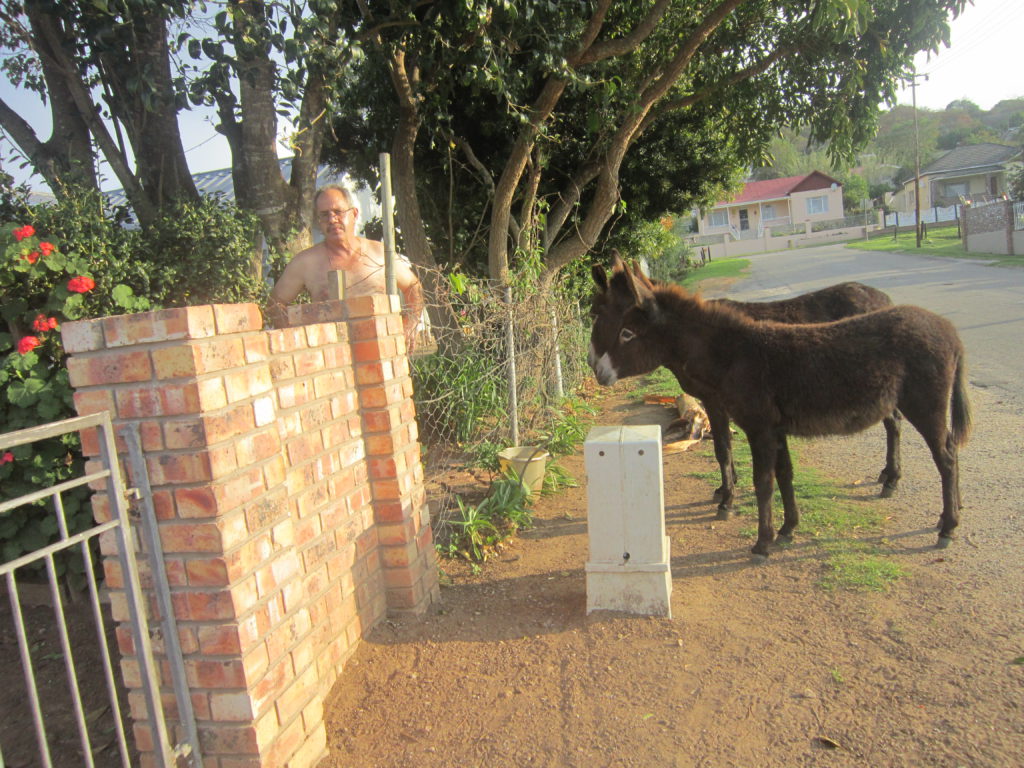 Stock owners say there need to be more rangers to help control the stray animals wandering Grahamstown’s streets. And Makana says if there’s cooperation between them and the stock owners, it won’t be necessary to impound animals.

A meeting of stock owners called by Makana Parks Department at BB Zondani Hall last Thursday aimed to find a solution to the problem of stray animals on the streets of Grahamstown. Manager Jeff Budaza led the meeting.

It had become a usual thing to see cows, goats and donkeys wandering in the middle of the road in Grahamstown and drivers routinely had to give them right of way. The problem was for both the town’s residents and the livestock owners, the meeting agreed. On the one hand, animals caused damage and destruction in people yards; on the other hand, they caused accidents.

Because there was no viable pound in Grahamstown, stray livestock had to be removed to an out-of-town facility. This cost petrol and staff overtime.

While stock owners admitted that their animals roaming freely was a problem, they said lack of supervision was the main problem and that the solution was to employ more rangers.

It was agreed that stock owners should take responsibility for their animals and that if there was cooperation between stock owners and the municipality, it wouldn’t be necessary to impound animals.

“If this thing persists after 28 September, animals will continue to be taken to Alexandria and impounded there,” Budaza said.