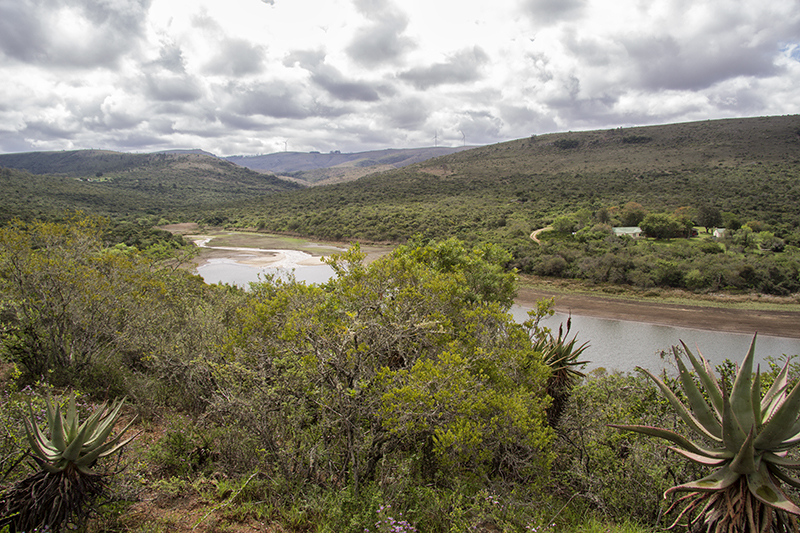 The South African Weather Service has issued a severe weather warning for the eastern part of the Eastern Cape, with heavy rains until 11pm tonight and snow for Cradock and Graaff Reinet.

In and around Grahamstown, Grocott’s Mail’s rain-measuring team reported 43mm for the past 48 hours at 7.30am “and counting” (Jim Cambray in Park Road) and Nick James reported 52mm at Rivendell.

The Grocott’s Mail’s rain-watching team reports close to 15mm in and around Grahamstown for the plast week, but this doesn’t necessarily translate to a better water supply, and the levels reported this week at Settlers and Howieson’s Poort dams remain 18%. The actual level at Settlers can’t be measured, however, because it’s too low for the existing meter and some estimates put it at 15% or lower.

In their weekly update on dam levels, the Department of Water and Sanitation said the Eastern Cape has not experienced any significant rainfall for weeks and average dam levels of the Eastern Cape are at 55.0% compared to 64.1% this time last year.

The Algoa and Amathole supply systems were close to empty, the DWS said last Tuesday. Algoa, serving Nelson Mandela Bay, was at 31.2% compared to 71.6% this time last year. Amathole, serving Buffalo City Metro this week was at 60%, compared to 79.5% in October last year.

“The Department of Water and Sanitation will continue to monitor dam levels and implement its efforts to ensure sustainable water security around the province. Drought is still hitting the province. The department also encourage municipalities to provide water tanks as an intervention where there is no water,” the Department said.

“Furthermore, residents are encouraged to adhere to water restrictions imposed by their respective municipalities and save water.”

Meanwhile, the Chief Executive Officer of Amatola Water Board Lefadi Makibinyane has been dismissed by the Board based on the outcome of a disciplinary inquiry, Amatola said in a media release.

“This decision comes after his suspension from 3 March 2017.” Director of Operations, Asanda Gidana would continue to act as a CEO in the interim.

“The Board and Management Team of Amatola Water are committed to ensuring business continuity and leadership of the organisation,” Amatola said. “As the provider of bulk-water services to a number of municipalities in the province, reassurance is given to Amatola Water stakeholders that the organisation will continue to provide the exceptional service to the Eastern Cape community.”

Amatola Water ended their operations in Makana at the end of August and at the time, Gidana confirmed this was as a result of Makana’s R40 million unserviced debt. Amatola had been contracted to manage Makana’s bulk water supply, ensuring treated water to Grahamstown, Alicedale and Riebeeck East.

Makana entered into a five-year agreement with Amatola in October 2013 for Blue Drop (water quality) management and additional services, primarily the provision of bulk potable water. A funding agreement with ECDC saw the Corporation funding the service until 31 August 2015. The contract was to finish on 30 September 2018.